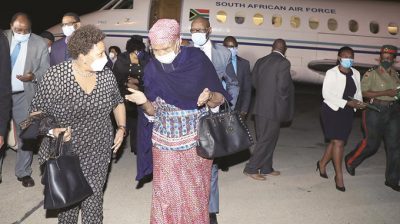 Over the last two decades the western imperialist states and their allies have imposed draconian sanctions on the Southern African nation of Zimbabwe.

Not only has the economic embargo impacted the majority of Zimbabweans, the entire Southern African Development Community (SADC) region has been impacted negatively.

Nonetheless, the 15-member SADC grouping has maintained its solidarity with Harare amid repeated attempts to destabilize and overthrow the ruling Zimbabwe African National Union, Patriotic Front (ZANU-PF) ruling party. These efforts include the funding of numerous opposition parties and their political initiatives along with threats some years ago to engage in a direct military intervention by Britain, the former colonial power.

On September 8, the fraternal African National Congress (ANC) of South Africa sent a delegation to Zimbabwe for discussions with its ZANU-PF counterparts. ZANU-PF acting spokesperson Patrick Chinamasa told the Zimbabwe Herald newspaper that the ANC delegation would only meet with the ruling party as they were sister organizations which had transformed themselves from liberation movements into ruling parties. 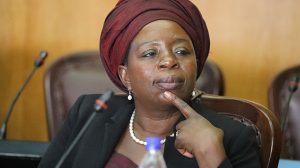 The visit by the ANC leadership group comes amid the backdrop of renewed attempts by opposition parties in both countries to cast aspiration on the Zimbabwe government. Ace Magashule, the Secretary General of the ANC, led the delegation from South Africa aimed at discussing important matters affecting the entire SADC region.

An article published on September 9 in the state-owned Herald says of the ANC delegation that it is composed of:

At the same time the current social and political situation in South Africa is a cause for concern within the region and Africa as a whole. South Africa has the largest number of COVID-19 pandemic cases while the ANC government is struggling to provide adequate testing and mitigation efforts.

The pandemic and the government’s declaration of a health emergency in late March have been paralleled by the rise of an already high jobless rate. Concomitantly, the value of the national currency, the rand, has been in decline.

“We will be able to identify key projects across all our provinces that we can embark on. Some of them are ready and some are almost ready by a press of a button very shortly and they will create quite a number of jobs.”

Contrasting these figures with Zimbabwe where the number of those infected are far lower, the ZANU-PF government has been successful in limiting the spread of the disease inside the country. Zimbabwe has 7,388 confirmed COVID-19 cases, some 2,018 deaths from the disease, while 5,477 people are deemed to have recovered.

These official statistics on the public health situation in Zimbabwe have ironically been confirmed by the United States Embassy in the capital of Harare. Successive administrations in Washington since 2000 and even before, have maintained a hostile diplomatic posture towards ZANU-PF.

However, in a press release issued on September 9, the U.S. Embassy warned of the overall threat of international travel which has continued since March. The Embassy cited the same statistics being published by various global data centers including the World Health Organization (WHO), which has been publicly attacked by the administration of President Donald Trump leading to the withdrawal of funding to the agency based in Geneva, Switzerland.

The leading group attempting to unseat the elected ZANU-PF government in Zimbabwe is the Movement for Democratic Change (Alliance). The MDC-A is one of many other MDC formations which arose at the time of the comprehensive land reform program during 2000 when the previous administration of the late first President Robert Mugabe expedited land redistribution.

Zimbabwe’s land question was the basis for the mobilization and organization of the people during the national liberation struggle of the 1960s and 1970s. In order to avoid an outright military victory by the armed revolutionary guerrilla organizations of ZANU-PF and the-then Zimbabwe African People’s Union (ZAPU-PF) headed by the late Vice President Joshua Nkomo, the U.S., working with Britain, the previous colonial power in Zimbabwe, facilitated a political settlement to the independence war at the Lancaster House talks in late 1979.

These talks resulted in internationally-supervised multi-party elections during April 1980 when ZANU-PF won an overwhelming majority. A coalition government encompassing ZANU-PF, ZAPU-PF and the remnants of the settler-colonial regime ruled the country for five years when a new republic was born. By 1987, ZANU-PF and ZAPU-PF had merged, resolving many of the political difficulties which arose during the early years of independence.

Both Washington and London had pledged to assist the Zimbabwe government in the land reform process during the Lancaster House talks. These imperialist governments reneged on their promises prompting the ZANU-PF administration to pass legislation in 2000 expropriating the European settler-colonial agricultural class, taking back for the African people the most arable and productive land inside the country. 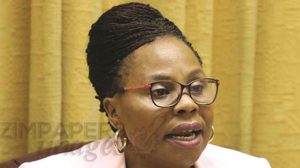 Despite reports to the contrary in recent months, the Zimbabwe Minister of Information, Publicity and Broadcasting Services, Monica Mutsvangwa, reiterated that the land reform process was irreversible. President Emmerson Mnangagwa has been involved in efforts to improve relations with all of the country’s adversaries since he took office in November 2017. Negotiations with some displaced European farmers have resulted in the resumption of agricultural production by a small number of these business interests.

However, the U.S. maintains its hostile position towards the ZANU-PF government. In late July, Chinamasa described the Washington ambassador to Zimbabwe, Brian Nichols, as a “thug.” Nichols was accused of funding the opposition to deliberately destabilize the country and place Zimbabwe at greater risk of a wider spread of COVID-19.

MDC-A leaders were seeking to hold an anti-government demonstration on July 31 which would have contravened the public health policies enacted by President Mnangagwa. Chinamasa said on July 27 that:

“He (Nichols) continues to engage in acts of undermining this republic and if he does so, if he continues engaging in acts of mobilizing and funding disturbances, coordinating violence and training insurgents, our leadership will not hesitate to give him marching orders. Diplomats should not behave like thugs, and Brian Nichols is a thug.”

Since the beginning of 2020, Washington has been further exposed for its failure in the public health sphere. The U.S. has over 6 million COVID-19 cases resulting in excess of 190,000 deaths since February.

The economic impact of the pandemic triggered a 32% decline in the Gross Domestic Product (GDP) in the second quarter, the sum total of goods and services produced in a given country. Millions are still unemployed while being imperiled by the threat of evictions, foreclosures and hunger.

After a series of police and vigilante killings of African Americans and other people of color, the law-enforcement execution of George Floyd in Minneapolis on May 25 sparked a nationwide upsurge in anti-racist demonstrations and urban rebellions. Calls for the defunding and dismantling of police have taken on a mass character.

Consequently, the Trump administration’s destabilization program against Zimbabwe and the entire SADC region has been rejected by progressive forces throughout the sub-continent and beyond. The country and region needs humanitarian assistance, not unwarranted interference in their internal affairs.

Abayomi Azikiwe is the editor of Pan-African News Wire. He is a frequent contributor to Global Research.

All images in this article are from Herald; featured image: Zimbabwe ZANU-PF and ANC delegation hold critical talks in Harare on September 9, 2020 (Herald photo) 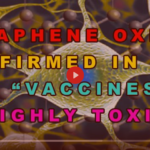 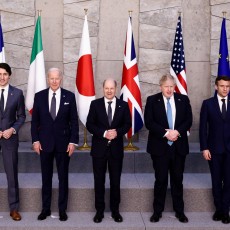 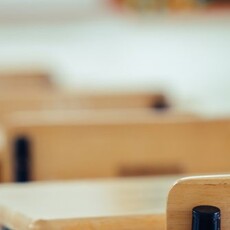