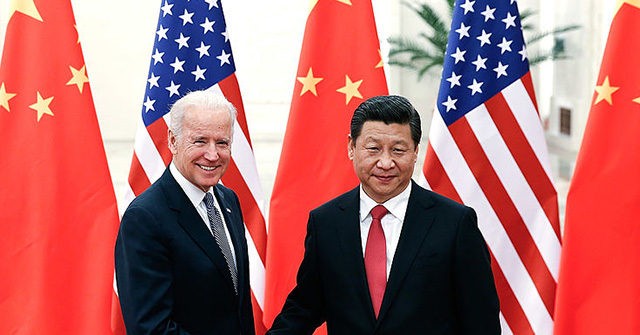 China is the world’s biggest polluter, responsible for 28 percent of the world’s carbon dioxide emissions, according to the Union of Concerned Scientists. That rate is over twice the amount of carbon emissions as the United States, the world’s second-largest emitter. China has boasted that it intends to increase carbon emissions over the next decade and only “peak” by 2030, as permitted by the Paris Climate Agreement, while condemning Western nations whose carbon emissions have been steadily declining in the past decade.

President Donald Trump withdrew the United States from the Paris Climate Agreement during his tenure, but Biden reversed course and recommitted the U.S. to the deal as one of his first acts in office.

China’s state-run Global Times described Xi’s presence at the Leaders Summit on Climate as a “challenge” to Biden and the United States generally on its presence as the world’s dominant political power.

“Chinese experts warned that it would also be a big test for the Biden administration, casting doubts over its role as a global leader on climate change and questioning its true intention,” the propaganda outlet claimed.

Xi used his time at the summit to promote a newly rebranded “Green Belt and Road” as a solution to climate woes, a global plan in which China builds — for a profit — allegedly “green” infrastructure in developing countries. To that end, he urged the world not to ignore the contributions that developing countries can make to improving the environment.

“We must be committed to multilateralism. We need to work on the basis of international law, follow the principle of equity and justice, and focus on effective actions,” Xi said, urging a rigid “global climate governance” presumably led by China.

“We need to deliver social equity and justice in the cause of green transition and increase people’s sense of benefit, happiness, and security,” Xi urged, adding, “developed countries need to increase climate ambition and action.”

The BRI works by offering predatory loans to poor countries — most of them in Africa, Southeast Asia, and Latin America — the countries can then use to buy construction services from Chinese countries. This way, China keeps both the profits from the construction projects and interest from the loans. The projects tend to be geared towards improving transportation, such as new ports, railways, or highways in countries with minimal infrastructure.

At a Chinese economic summit this week, Xi declared China would use BRI to create universal “rules and standards” along the paths BRI projects created.
International experts have warned that BRI projects pose a significant risk to global ecology. A study by Tsinghua University, Xi Jinping’s alma mater, published in 2019 found that the BRI alone could doom Paris Agreement climate commitments.

“We have a business-as-usual scenario that says if you continue the way you are then even if every other country on the planet — which includes US, Europe, China and India — goes on a 2C pathway, this is still going to blow the carbon budget,” Simon Zadek, senior visiting fellow at the Tsinghua Center, told the Agence France-Presse (AFP) at the time. “The BRI growth dynamic is so large that if you get the carbon (emissions) wrong in a way it doesn’t matter anymore what anyone else does.”

Environmental damage has been particularly severe in Zimbabwe, where China has invested heavily in coal mining and road development through populated areas. Locals have denounced for over a year that Chinese companies are digging up entire villages and destroying ecological centers — including threatening national parks — in their search for fossil fuels.

On Thursday, while urging “ambition” on the part of the world’s biggest economies, Xi reiterated that China will openly increase carbon emissions through the next decade.

“China will strive to peak carbon dioxide emissions before 2030,” Xi said, leaving open the possibility that China will continue to increase emissions past 2030, the year the Paris Climate Agreement requires China to change its output.

Xi emphasized that world leaders “must be committed to harmony between man and nature,” which requires “systemic governance” and adherence to the United Nations and “multilateralism.”

Translators did not note a statement thanking the United States for organizing the summit from the Chinese dictator and he appeared to diminish the role America could play in the climate challenge.

“China looks forward to working with the international community, including the United States, to join the alliance [of] global environmental governance,” Xi said.

Xi notably also omitted concerns regarding his regime’s policies regarding meat markets and wild animal consumption in light of the World Health Organization (W.H.O.) publishing a 120-page report concluding the origin of the Chinese coronavirus was most likely a wild animal that infected a third-party animal that then infected humans. Senior Chinese officials stated in mid-2020 that they believed the Chinese coronavirus pandemic was the product of illegal wildlife meat sales at a market in Wuhan, the city where the pandemic originated. Animal rights groups have repeatedly urged Beijing to outlaw the sort of markets, known as “wet markets,” that lend themselves to illegal wildlife sales and allow on-site animal butchering for meat. The Chinese Communist Party has made no significant efforts to either ban or improve regulation of such markets since the pandemic began and has since shifted its theory on the origin of the virus to an unsubstantiated conspiracy by the U.S. Army beginning in Maryland. 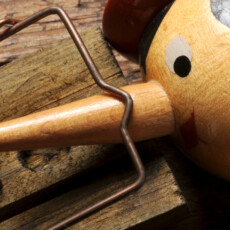 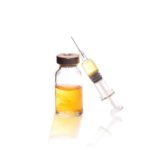 How much more evidence do you need?