All the credit goes to these guys who courageously filmed and relentlessly stayed on top of this thing in order to bring us this sensational video evidence. Not everyone would chase that thing down like that. Always become the predator. Never consider yourself as prey, no matter how scary the situation. They can sense these things.

At first I thought it might have been one of those blood sucking bats, but after seeing the way it swam through the water and essentially shape-shifted into a slithering black blob, I knew we were dealing with something else. Could this be a “black-goo” based parasitic creature of some kind? I really don’t know.

The second video that features a “cave worm” or dragon-looking creature appears to be some very high quality CGI using some very clever lighting effects. But still impressive.

One of the creepier videos I’ve ever seen is also featured below which depicts some kind of feral man crawling on the ground in a state forest along the highway. THAT kind of shit scares me more than any kind of paranormal entity. 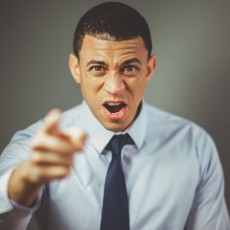 Welcome to the Post-Christian West, Where Political Leaders Demonise Minorities 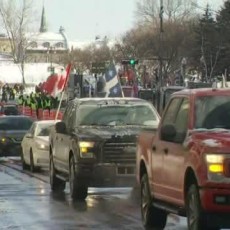 ANR and Truthbook.social Founder, Jamie McIntyre, at Canberra Protest rally with 500,000 plus protesters