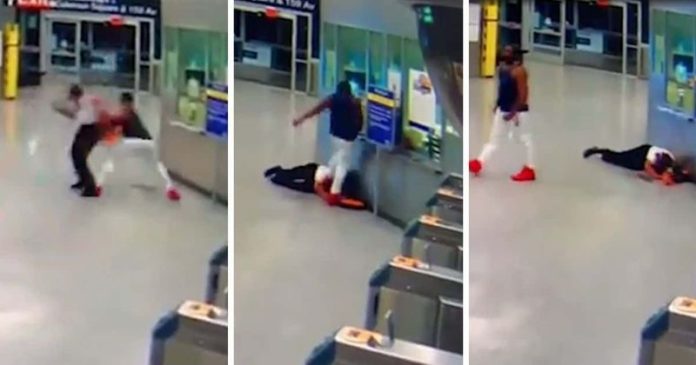 Queens District Attorney Melinda Katz announced that Waheed Foster, 41, has been indicted by a Queens County grand jury on attempted murder and assault charges in the brutal and unprovoked attack on a woman exiting the subway at the Howard Beach/JFK Airport station. The defendant allegedly pounced on the victim and threw her to the ground before kicking and punching her repeatedly on Tuesday, September 20, 2022.

District Attorney Katz said, “We have had enough. There are basic rights that New Yorkers should have in this City, and one of them is the right to safety when commuting to work, using the subway to take our children to school, and knowing we can safely come home to our families. In Queens, my Office will not tolerate those who choose to rob us of these freedoms. As alleged, the defendant brutally attacked this victim, was interrupted by a good Samaritan trying to intervene, and then continued the attack relentlessly. In addition to assault in the first degree, my Office has indicted this defendant on attempted murder charges.”

Foster, who is undomiciled, was indicted by a Queens grand jury on September 29, 2022, in a seven-count indictment charging him with attempted murder, assault in the first degree, three counts of assault in the second degree, and two counts of criminal possession of a weapon in the fourth degree. Foster is pending arraignment on the indictment in Queens County Supreme Court. If convicted, he faces up to 25 years in prison.

District Attorney Katz said that, according to the charges, on September 20, 2022, between 5:15 and 5:45 am, the defendant struck the victim, Elizabeth Gomes, 33, on the head with a hard object as she was exiting the subway station. When Ms. Gomes attempted to flee, the defendant can be seen on surveillance video grabbing the victim and throwing her onto the floor, up against an unoccupied toll booth. Once on the ground, the defendant allegedly kicked Ms. Gomes forcefully several times in the face and body.

Furthermore, DA Katz said, video surveillance depicts a good Samaritan attempting to intervene in the attack at which point the defendant chases him away and continues to attack the victim. The defendant then allegedly walks away from the victim, leaving her laying on the floor in a pool of blood.

The victim was taken to a local Queens hospital where she underwent emergency eye surgery to repair a ruptured right globe. As a result of the injuries sustained from the attack, Ms. Gomes currently has lost vision in one eye. 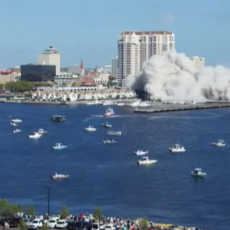 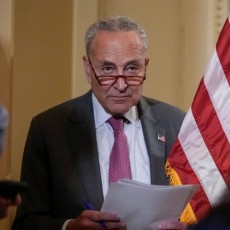