BURLINGTON COUNTY, New Jersey – Burlington County Prosecutor Scott Coffina and Mount Laurel Township Police Chief Stephen Riedener announced that the death of a 38-year-old woman whose body was found in her home yesterday afternoon is being investigated as a homicide.

Melissa Malcolm, 38, was found deceased in her bed after officers from the Mount Laurel Police Department made entry into the residence to conduct a wellness check at approximately 12:30 p.m. because she did not show up for work.

The preliminary investigation indicated she suffered blunt force trauma to the head. An autopsy will be performed by Burlington County Medical Examiner Dr. Ian Hood to determine the cause and manner of death. The residence is located in the 600 block of Mount Laurel Road.

A person of interest has been taken into custody on charges stemming from the investigation into her death. Andrew Kramer, 31, of Mantua, who was acquainted with Malcolm, utilized her debit card to withdraw money from cash machines at convenience stores yesterday at approximately 2:15 a.m. in Marlton and 4 a.m. in Brooklawn. He was driving her silver 2016 Jeep Grand Cherokee at the time.

Kramer was next spotted in Philadelphia where, at gunpoint, he approached a man and told him he needed a ride. The victim told Kramer that he could stay in his garage. After Kramer entered the garage, the victim locked him in and called police, who arrived and took him into custody.

The Philadelphia Police Department is preparing to charge Kramer with weapons offenses and making terroristic threats. The BCPO is preparing charges against him for credit card and motor vehicle theft. No homicide charges relating to Malcolm’s death have been filed against Kramer.

Police are asking for the public’s help with locating Malcolm’s 2016 Jeep Grand Cherokee, which carries New Jersey license plate number M73 HKY. Anyone who sees the vehicle is asked to call the Mount Laurel Police Department at 856-234-1414, ext. 1524 or send an email to [email protected] 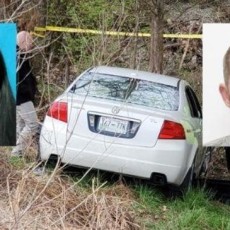 “A very complex case.” 4 arrested in murder-for-hire shooting deaths of Nashville couple in 2020 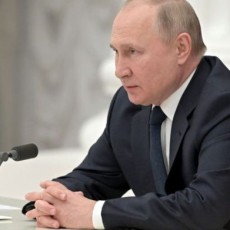