“Which came first, the chicken or the egg”, was a well-known riddle from years gone by, but for Fundamentalists, Buddhists et al, the answer was simple, the chicken came first, because the egg would not hatch unless the chicken sat on it. Evolutionists would say everything came from mollusks, tadpoles, or crabs of one sort or another.

Following the evolutionary line of thought, the question is, how did vipers evolve their venom, did it just appear one day, this substance which paralyses and kills so quickly upon being injected, or is this not really a question, perhaps the snake just wished it into being.

If enough lizards lay dreaming on the ground, watching delicious prey going by, after millions of years of wishing they could bring it down with a single bite, perhaps it became so. Perhaps this wish was the singular focus of certain reptiles and they brought it about by constant, intensive meditation, to make up for the inherent laziness of being cold-blooded.

As anyone knows, change comes, first with a wish.

Praying is not copyrighted to any particular religion, in fact, it’s a human instinct, and according to many, it yields results, as does wishing in some cases, the least mysterious in behaviour modification, which has its flow-on effects.

The unsung superstar of the Bible, Torah, Koran, etc is the talking snake that opens the entire show. Some say it was a bad angel called Gader’el, others say it is a remnant from a more ancient fertility cult, just as we today continue with Christmas trees and Easter eggs.

In old times the church laid claim to almost everything, even including armies. Emperor Charlemagne was endorsed by the Vatican and conquered large parts of Europe around 800 AD. Charlemagne established the payment of tithes in France, and divided them into four parts; the first part for buildings, the second to the poor, the third the bishop, and the fourth the clergy.

The church was dismembered by television and scandals in recent times, so governments took over the tithes, and have ratcheted them up, and created another major revenue stream, commonly known as money printing.

Contrary to the current narrative, inflation is caused mostly by money creation (“borrowing”) and has much less to do with interest rates, labour market conditions, government policies such as environmental initiatives, supply chain and transport problems, etc. than the authorities would like us to think.

Money has been printed at such a rate that gold, which maintains a nearly constant price relative to extraction cost, went from $35 (US) to around $2000 (US) per ounce, over the last 50 years. This indicates the money was printed (“borrowed”) by a factor of about 50, the greatest readjustments being after 1971 (so-called Oil Shock) and also 2008 (so-called Quantitative Easing). The reason we have inflation now is that the lag is long and unpredictable, but also engineered, to put the blame on other forces, such as OPEC.

Your dollar today is roughly equal to 2 cents before the 1970s. Many other official conversion figures are simply often repeated lies. Alan Kohler from ABC finance told us on the evening news on Monday 28 November that the current inflation was not the fault of monetary policy and produced a graph that completely ignored the incredible volume of money printing since 2008, which took national debt from $60 billion to around $1000 billion.

One can only wonder how they get away with all these abject lies. Their favourite strategy is to rename elements and to de-bundle and re-bundle other elements.

Another example of official bare-faced lying is the employment data. This was rejigged in Australia by the Howard government around the year 2000 to a new international standard where one hour a week of work constituted full employment. The official rate dropped by 2%, lowering unemployment to about 5% overall, at that time. Nowadays journalists have forgotten that, and compare current unemployment rates directly against late 20th-century rates. This lie, repeated often enough, will be accepted unquestioningly by the younger generations, most of whom are barely interested anyway.

If the official story is to be believed, the beneficiary of Australian money creation and high-interest rates is the Australian Government, however, most of the lending is in private hands so private bank shareholders have the most to gain. All this should be a free market-level playing field but the hidden force is the major players who do not wish to be known. They operate through multiple fronts such as world-famous asset managers Black Rock and Vanguard, the Coles, and Woolworths of international finance. As with any business, the biggest problem is the customers. One easy way to enhance the business is to eliminate low-value and troublesome customers. This is where the venom theorists come in.

Dr. Bryan Fry, an Associate Professor from the School of Biological Sciences at the University of Queensland in Australia, is a scientist who discovered venom’s rather complex evolutionary history, which includes links to the Komodo dragon and Gila monster.

“Venoms are extremely complex mixtures that can vary widely in content even within different populations of the same species”, and “Venom evolves at a greatly accelerated rate relative to the organisms themselves,” according to Fry.

In an analysis of 24 known snake venom proteins, Fry discovered that the proteins evolved in a very different way than expected. While it was commonly believed that venom evolved from modified saliva proteins, the researchers determined that 21 possessed similar amino acid sequences to proteins found throughout the body, such as in the heart, liver, and brain.

According to Fry, through the process of natural selection, these proteins are recruited into service as new raw ingredients, and either disappear and are subsequently replaced, or mutated even further to become more lethal and permanent additions.

Novel toxins will appear within venom, which can then be studied and analysed for future use in drug design and development. Here is his CV:

This property of mutation means venom lends itself very well to patent medicines, which need to be reworked every time the patent expires.

As far as Pharmakeia goes, the snake as a symbol is an inspired choice, a magical animal, which slithers at an astonishing speed, straight up walls or trees, across rivers, through tiny holes, even flying, then killing anything it chooses with one blindingly quick strike.

Dr Bryan Ardis has been telling the world the blood-clotting mRNA spike proteins (presumably including the detachable, engineered virus spikes) were developed from venom, but the story doesn’t end there. Like any good saga, it starts long ago and the end is put there just as a matter of practicality. Bryan Ardis has done amazing research on all of this but this short interview provides another dimension.

DR ARDIS: Is the Pope the Reigning King? 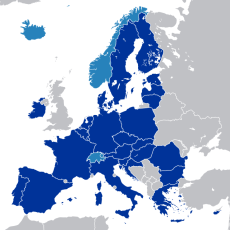 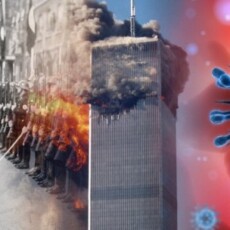 The Virus Hoax is a Diversion in The Era of Opinion 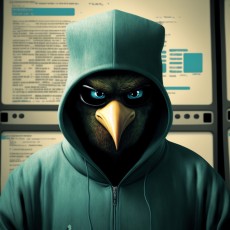