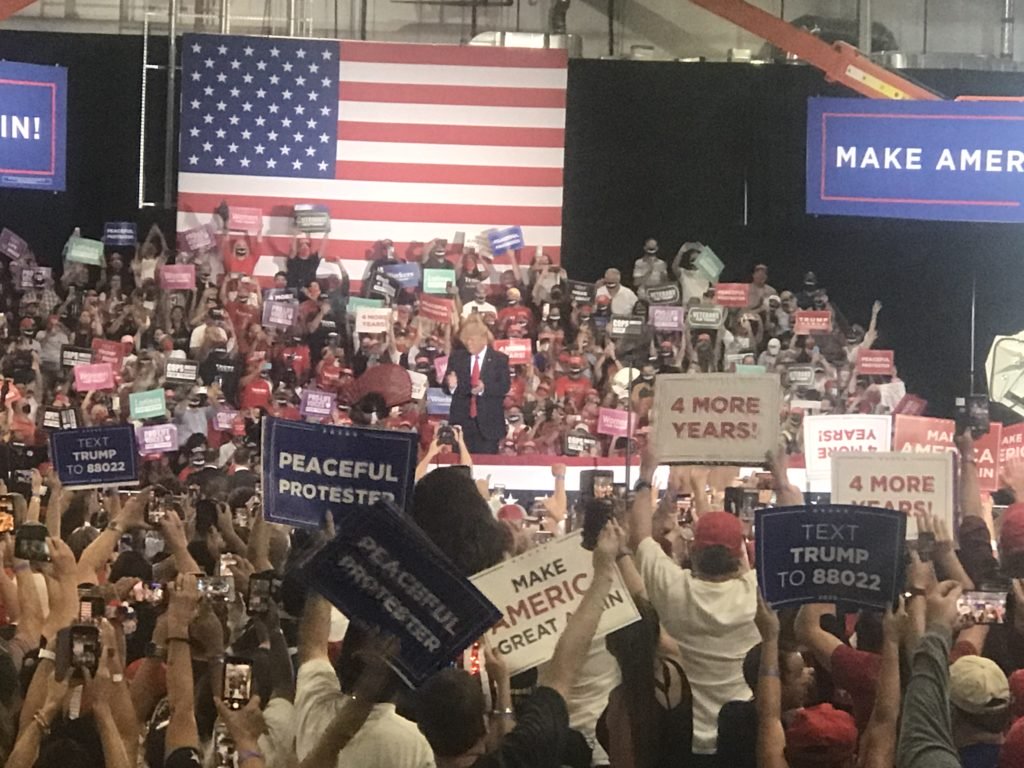 I’ve covered a few Donald Trump rallies in my day. They are jolly affairs in general, with three main participants: Trump, the crowd, and the news media. On Sunday night in Henderson, Nevada, just outside Las Vegas, one of these players was mostly absent.

Because the event was indoors and mask-optional, several networks, including CNN and Fox News, opted out of sending their reporters to cover the show. I made the opposite decision, more than happy to don a nice suit and mingle with the Trump fans at the Xtreme Manufacturing plant. There are a few reason why.

Before getting into that, though, it’s worth noting just how strange the lack of press was. The set up is that risers for cameras and a pit for print go up behind the crowd in front and surrounded by the crowd on the three other sides. To say the risers and pit were extremely empty is an understatement.

The risers were less than half full, and at no time did I see more than six people sitting in the pit. There are usually dozens. This media coverage looked like a mayor’s race in Cleveland, not the final two months of a presidential race. When the crowd turned, as they always do, to mock the press, I could only laugh, thinking, “They’re not here, you’re jeering ghosts.”

The stated reason outlets like CNN begged off was that the event violated various guidelines, and arguably Nevada state law, and they didn’t want to expose their employees (except for some cameraman who I guess got the short straw) to the Chinese virus. By way of explaining how arbitrary and weird these rules and guidelines are, allow me to turn back the clock on Sunday about four hours.

I was at the sports book in Caesar’s Palace having a beer and watching football. Attached to the book on two sides were large rooms with slots and tables. It wasn’t jam-packed, but it was pretty crowded.

So here’s the mask policy: you have to wear a mask unless you are smoking or drinking. That’s like telling a heroin addict they are only allowed to shoot up if they are feeling antsy. Needless to say, there was a plethora of exposed mouths and noses in this indoor space. This is happening every day and night. Why it’s okay for gambling but not for political speech makes absolutely no sense.

This of course is not the first time the news media has exaggerated their exposure to harm at the rallies. For years they have complained about the very jeering I was smiling at, convinced it makes them somehow unsafe.

Another issue that these terrified outlets raise about why they could not send their people into the rally is that they have to set a good example. So, first of all, that is not actually the role of the news media. Their job is to tell the truth, not to “set a good example,” whatever “good” means in this case. For the past six months “good” has seemed to mean anything that is bad for Trump and keeps people in a pandemic panic. But that is not everyone’s definition of good.

Throughout the lockdowns, corporate media has basically refused to acknowledge that there are legitimate competing interests at work. Millions of Americans are ready to do exactly what thousands did at the Trump rally. They have been denied that for six months based mostly on edicts from governors drawing their authority from claiming this is a public health crisis.

Sunday’s rally was as much an anything an act of resistance. The mocking signs that read “Peaceful Protester” were not entirely a joke. This was an act of civil disobedience.

We need more challenges to this unusual assault on our freedoms. By refusing to cover the event, corporate news media outlets were putting their thumb on the scale of a much-needed debate. But what else is new. 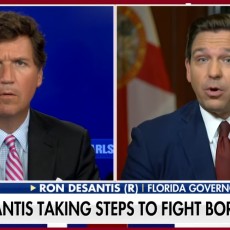 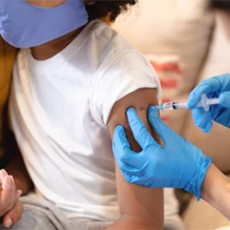