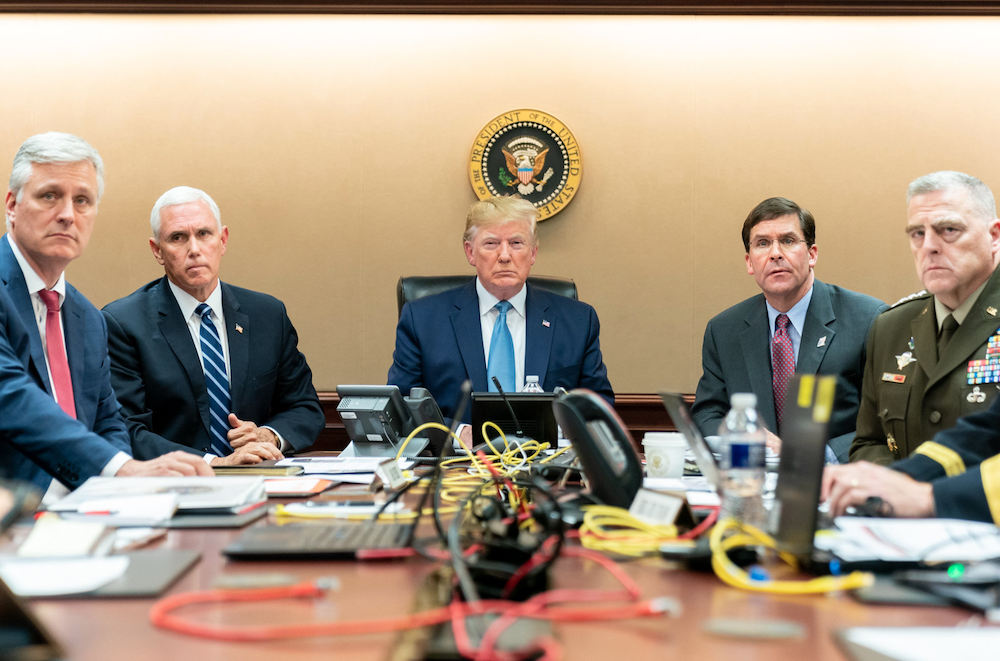 In parts of the world where people are fighting for their lives and liberty against authoritarianism, the view of Donald Trump’s presidency is positive. Pro-democracy Hong Kongers and Taiwanese have come out strongly in support of a second term for President Trump.

Treating China like the Nazis in history, joining forces with English-speaking countries and Japan are the main course, the real deal. Neighbors like the Philippines and Vietnam, or going as far as the Czech Republic and Norway, countries have noticed that there is an obvious change in the situation, and they have, one by one, stood up against the ‘Strong Country.’

The Taiwan Solidarity Union urged Taiwanese-Americans to vote for Trump’s re-election. “From the many policies implemented by his administration that benefit Taiwan and boost bilateral relations, it is very clear that Trump has been the most Taiwan-friendly U.S. leader since World War II,” said interim Chairwoman Chou Ni-an.

This praise might seem curious considering Trump’s reputation as a transactionalist and his hesitation to constantly and forcefully use the bully pulpit to condemn authoritarianism and cheer the spread of democracy. This has led the president’s political opponents to assail him for eroding America’s “standing” on the world stage and for ambivalence toward American “values.”

How does one square this with the sentiments of the Hong Kongers and Taiwanese? Trump’s instincts go against the last three decades of American foreign policy. He is, to put it mildly, unsympathetic to the leftist internationalist vision of a supranational-managed, borderless global order. His advisers over the last four years have taken his instincts to develop a coherent view of international relations, one that better grapples with the reality that rough adversaries are threatening to weaken and even invade democratic nations.

First, Trump’s foreign policy is premised on the reality that nation-states — not international organizations or supranational terror organizations — are the primary actors in the world. To better position the United States militarily and economically, Trump has yanked it from certain international agreements and treaties that were either irredeemably flawed from the start or that no longer served their original purpose.

We exited the Iran deal, which dangerously enriched the Islamic republic; we left the Intermediate-Range Nuclear Forces Treaty, on which Russia was cheating, and now we are freed to deploy missiles previously prohibited in the Asian theater to deter China; and Trump diplomats are wisely refusing to automatically extend the flawed New START Treaty, unless Russia makes changes that will increase trust and stability. Likewise, the United States is no longer participating in the dishonest and corrupt World Health Organization nor the Israel-bashing United Nations Human Rights Council.

Second, the Trump administration holds that the United States must maintain, and in some areas regain, the military advantage over our most dangerous adversaries. U.S. hard power — and the economic power that enables it — are necessary to compete with the most powerful foes. Without a robust, modernized military, diplomacy will be feeble and ineffective.

In the last four years, the Trump administration has sought to undo the negative effects of President Barack Obama’s defense cuts and to prioritize major powers rather than terrorist groups in the Middle East as the most important threats to U.S. security. The Trump budget, while still not sufficient to meet its stated requirements, sought to right those deficiencies. It has made investments to recapitalize aging weapons platforms, greatly valued and adapted America’s nuclear deterrent, and has emphasized the need to regain the lead in advanced technologies, including hypersonic weapons, artificial intelligence, microelectronics, and 5G.

The new approach has upended decades of eager U.S. engagement with China that was sapping the United States of its sovereignty, economic horsepower, technological supremacy, and strategic military dominance. Under Trump, the United States has cracked down on Chinese economic espionage, shut down the den of spies that was the Chinese consulate in Houston, gone after U.S. tech companies Attorney General William Barr has called “pawns of Chinese influence,” and stopped issuing visas to students with connections to the People’s Liberation Army.

China’s behavior during the COVID-19 pandemic has turbo-charged the Trump administration’s and ally efforts to cooperatively deter Chinese aggression. The United States is working to foster a more formal alliance bloc in Asia, beginning with the Quad, which is the United States, India, Australia, and Japan.

He went on to praise other regional allies South Korea, Vietnam, and New Zealand. Strengthening these bonds is necessary to contain and deter China. The United States must still lead but cannot do it alone.

The tip of the spear in deterring Chinese military aggression is bolstering Taiwan. It does not take much imagination to see that China’s swallowing up of Hong Kong could also happen there. To protect Taiwan and deter aggression, the Trump administration has been working to bolster diplomatic cover and military strength for democratic Taiwan. Just this month, U.S. Health and Human Services Secretary Alex Azar visited the island country, making him the highest-level U.S. official to visit Taiwan since formal diplomatic relations between the United States and Taiwan were severed in 1979 in deference to China.

Fourth, the Trump administration has taken a different tack in the Middle East. Rather than seeking engagement with Iran through the nuclear deal, with the hope that it would bring a political liberalization (we have heard this before), it has sought to isolate Iran economically and diplomatically, while strengthening Israel.

This approach has yielded positive results. Following the law rather than using a waiver as every preceding American president has, Trump moved the U.S. embassy to the Israeli capital of Jerusalem and recognized the Golan Heights as Israeli territory.

None of these bold moves brought the sky crashing down. On the contrary, the United Arab Emirates and Israel have normalized relations, a breathtaking development. Days later, Kosovo said it will recognize Israel, Serbia will move its Israeli embassy to Jerusalem, and Kosovo and Serbia will normalize economic relations.

Despite a strong desire to narrow the scope of mission in the Middle East, the Trump administration has been willing to employ military force — and ferociously. Trump amended the rules of engagement, empowering the military to lead coalition efforts to destroy the ISIS caliphate in Iraq and Syria. At the president’s direction, our warfighters hunted down and killed Abu Bakr al-Baghdadi, leader of the Islamic State of Iraq and the Levant, and killed terrorist mastermind Qasem Soleimani, an Iranian major general in the Islamic Revolutionary Guard Corps.

An often-overlooked event was when the U.S. military annihilated more than 100 Russian mercenaries threatening to attack U.S. and coalition forces. Defending the standard that chemical weapons must never be normalized and warrant punishment, Trump directed the launch of 59 Tomahawk cruise missiles into Syria in retaliation for Bashar al-Assad’s gross and barbaric use of chemical weapons.

Fifth, the Trump administration has promoted strong sovereign allies. Even if the United States fights to regain the strategic advantage militarily and pulls away from China economically, we cannot deter and contain China alone. The United States cannot deter Russia alone, nor can we ensure terrorist groups do not destabilize nations across the Middle East and Africa without the help of partners. We must have cooperation and support from strong, sovereign democratic allies and partners who broadly share our mores and prefer open democratic systems to closed, opaque, authoritarian, and often imperialistic ones.

That means Trump has publicly and harshly criticized North Atlantic Treaty Organization members who, while rich, do not invest sufficiently in collective defense. The result has been greater commitments to collective defense. Much to the consternation of those who would like to insist Trump is weakening the alliance, NATO Secretary General Jens Stoltenberg said Trump’s approach has had a positive effect.

“We agreed to do more to step up — and now we see the results,” Stoltenberg said. “By the end of next year, NATO allies will add $100 billion extra toward defense. … So we see some real money and some real results. And we see that the clear message from President Donald Trump is having an impact.”

It isn’t just about money, either. Trump has lambasted Germany’s decision to pursue the Nord Stream 2, which strengthens Russia, and ordered U.S. forces to draw down from Germany. But many of those troops will move to other nations, including Poland, which is on the front lines of Russian revanchist expansion and has shown a willingness to make the needed investments and right policies to defend itself. Trump said of the move to strengthen U.S. defense cooperation with Poland, “I think it sends a very strong signal to Russia.” Indeed, it does.

Disrupt in Order to Achieve

Despite the successes of the new approach, there have been shortcomings. As mentioned above, while certain allies are eager to see Trump re-elected, others, especially in Western Europe, are less so. The U.S. decision to pull out of the Paris Climate Accord and the Iran deal will likely continue to frustrate them. Still, anti-terrorism efforts, as well as deterring major powers China and Russia and trying to split their growing alliance against the West, will require diplomatic heavy-lifting.

After a first term of public criticisms of some of our allies and strong private collaboration, it’s time to reverse those, move blunt and righteous public criticisms to private conversations, and present a united front in defense of our shared interests to deter our common adversaries. The public criticisms have brought successes, but too much of that runs the risk of damaging efforts that are of greater national importance than financial burden-sharing.

The Trump administration has disrupted international affairs, but that disruption has brought significant achievements. Apart from those achievements, less powerful democratic peoples would have far less hope of surviving the rise of China and other authoritarian nations.

Building on those successes will require knowing what they are and how the United States was able to spur them along. To do that will require looking at the policy and the results of the administration’s efforts, as others in Hong Kong and Taiwan have done. 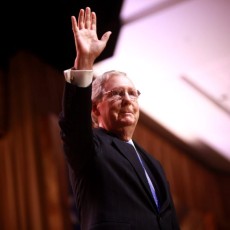 McConnell, Emblematic of Republicans’ Past, Is The Least Popular Politician In America

Costas: ‘MAGA Cultist’ Are Not Patriots — They Tried to Overthrow the Election 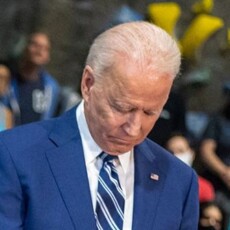 Biden Budget Proposes to Force Taxpayers to Pay for Abortions