Now we will continue on to the hexagon.

A hexagram or sexagram is a six-pointed geometric star figure.  The intersection is a regular hexagon, just like a beehive cell!

Connecting the vertices of the hexagon creates the three-dimensional cube, which is worshipped around the world.

The black three-dimensional cube is also what constitutes the tefillin of the Jewish religion.

The Jewish religion also highlights the Star of David (dating back to the Seal of Solomon) which is expressed as a hexagram.

Once again, the intersection of a hexagram is a regular hexagon just like a beehive cell.

Taking a trip back inside the Vatican, we notice that this exact hexagon geometric shape is sculpted throughout the ceiling!

We were born into a hive system where our light energy was trapped inside the dimension of the flesh.  This is made evident by the sacred geometric elements of the flesh that have now evolved into the hexagon.

The goal of Lucifer was to steal the ‘light’, the ‘children’, the ‘sparks’ from the LORD God in heaven.

There was a rebellion in heaven that involved Lucifer tricking a bunch of God’s angels to follow him, which caused everyone to be cast out of heaven into the dimension of the flesh down here on earth.

This is understood when examining Isaiah 14 where we learn that Lucifer tried to exalt his throne (properly covered, as canopied) above the stars of God.

If you go back to where Eve was beguiled by Lucifer (Satan) in Genesis 3:21, you can see it resulted in Adam and Eve being made coats (to cover) of skin (as naked).

Therefore we can conclude that Lucifer (Satan) rebelled against God and convinced a bunch of God’s angels to follow him and they were cast out of heaven and born into sinful carnal flesh host bodies wherein they became covered with skin (as naked).

EDITOR’S NOTE: Even though we got exiled out of heaven, the LORD God Jesus Christ bestowed to us His grace as He came down from heaven and sacrificed Himself for our sins and gave us His Word to provide the way, the truth and the life for us to be born out of the flesh system, by being born of a new Spirit (the Holy Spirit) and thus we become clean to enter back into heaven when our flesh body expires.

Inside the Vatican, they sing hymns in Latin (a language that most people do not speak) to conceal that fact that they are singing and worshipping Lucifer!

(You may review this in this short video here on YouTube:  Pope Francis Declares Lucifer As God.)

Now that we have established the Vatican is completely sold out to Lucifer, we present the documentary that exposes Lucifer’s church in hopes to help those who have been led astray in this religion to repent from its apostate ways and understand who the Messiah, the Lord Jesus Christ, truly is.

Witness the biggest revelation of our time, exposing the darkest secrets of Vatican City and the mystery of human existence.  Jaw-dropping evidence, supernatural insight, and astounding information are brought to light answering the questions most people have had since the very beginning of our existence.  The information delivered in this wild documentary walkthrough of the spiritual realm includes the most paranormal pictorial evidence you will ever see – guaranteed!   Introducing, The FINAL Case Against Lucifer.

To print a hard copy of The FINAL Case Against Lucifer, click here to view the-final-case-against-lucifer.pdf

Remember the honeycomb hexagon ceilings inside the Vatican?

When we view the largest altar in the world from the entranceway into the Vatican, we see that the ceiling and the altar were built to resemble an insect!

Remember, the largest altar in the world depicts the male and female reproductive system – therefore, we can clearly determine that the human body is used as a host to harvest the souls of mankind, just like an insect such as an ant would harvest honeydew.

This tattoo demonstrates exactly what is going on here as our light energy (our soul) is trapped inside the hexagon geometric pattern that constitutes the flesh human host body.

The action of sex creates more human host bodies that are the prisons of our soul.

This female has a pentagram on her ring and has the hexagram / sexagram tattooed on her above an insect, providing an exact representation of everything we are talking about!

Since the beginning of time, Satan has using the above-ground human host body system to hunt the souls of men by way of sin in order to send their energy to hell.  When you die and go to hell because of sin in your host body, your energy is transmuted into a locust for Satan’s army and your soul provides the energy to make them fly out of the bottomless pit!

This is a visual representation of a wasp hive where the queen lays eggs in each cell, then a cocoon is spun around the top of the cell similar to a pillow and in about 10 days the larvae become a pupa.  These larvae are fed spiders and insects but in this case, it is your soul that is being hunted and used as the energy source to make the locusts of Revelation 9 fly out of the pit!

The word ‘pillows‘ is the Hebrew word H3704 כֶּסֶת keseth and is defined in the Strong’s Concordance as: a cushion or pillow (as covering a seat or bed): – pillow.

The origin of this word is from the Hebrew word H3680 which means: properly to plump, that is, fill up hollows; by implication to cover (for clothing or secrecy): – clad self, close, clothe, conceal, cover (self), (flee to) hide, overwhelm.

This is the same origin of the word that describes Lucifer exalting his throne (properly covered, as canopied) above the stars of God in Isaiah 14!  Therefore we have verified our initial statement that since the beginning of time, (Lucifer) Satan has been using the above-ground human host body system to hunt the souls of men by way of sin in order to send their energy to hell.

When you die and go to hell because of sin in your host body, your energy is transmuted into a locust for Satan’s army and your soul provides the energy to make them fly out of the bottomless pit!

Description: This is the the MOST Conclusive Bible Revelation and Summary the Lord has EVER had me Deliver!!!! ALL GLORY to the KING of KINGS….The Mystery is Resolved and Proven to be TRUE …. Shout it from the rooftops…The King is COMING

Continuing into the ‘7 days of creation‘ element we see the connection of the hexagram / sexagram again in the center of this geometric element.

The ‘7 days of creation’ geometric element is the same as a Seder plate used by the Jewish religion during the Passover.

The patio pavers of Washington Square Park are in the shape of the hexagon bringing our findings directly back to the hive system that we live in.

We see the same geometric elements documented in this crop circle.

The following presentation provides a great scriptural understanding of how we got exiled from heaven into the human host body and how to escape your death sentence through Christ.

FEATURED VIDEO: The GIFT of LIFE from Imminent DEATH… To Escape YOUR Sentence IS the GREATEST GIFT

Description: Watch as ALL the Pieces fall so easily into place once you KNOW the TRUTH ,,,,JESUS IS the Spirit of ALL TRUTH

The 7 days of creation then brings us to the seed of life element. 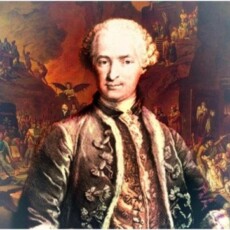 The Immortal Alchemist: The Count of St. Germaine 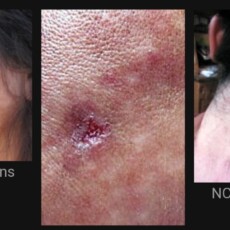 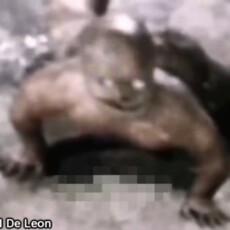