Dr William Bay, a suspended Queensland doctor currently in the Supreme Court of Queensland is challenging the validity and origin of APHRA the national medical regulator. He has documentation from the Federal Health Minister saying AHPRA are not under the Commonwealth and interestingly also papers from Queensland State government saying they are not a State entity.

APHRA clearly are an enigma.

Dr Bay is back in Court in March 2023 to seek clarity who this entity actually is and what needs to be done to legalise this regulator who is ‘off the spectrum’ as far as their activities. There have been numerous Senate enquiries into their activities and huge discontent among Health Professionals.

State governments have no power to regulate National laws. The Commonwealth cannot create a national medical regulator as the Commonwealth’s only health power is a funding power (Section 51(xxiiiA)).

Legislative powers of the Parliament.

The Parliament shall, subject to this Constitution, have power to make laws for the peace, order, and good government of the Commonwealth with respect to:–

(xxiiiA.)  The provision of maternity allowances, widows’ pensions, child endowment, unemployment, pharmaceutical, sickness and hospital benefits, medical and dental services (but not so as to authorize any form of civil conscription), benefits to students and family allowances:

If you appreciate our work, please click here to make a donation

My Unvaxxinated Friends ‘Were the Smart Ones’: Vaxxine-Injured Healthcare Worker Speaks Out 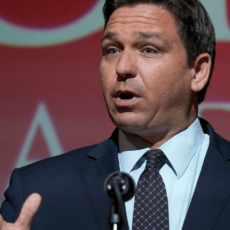