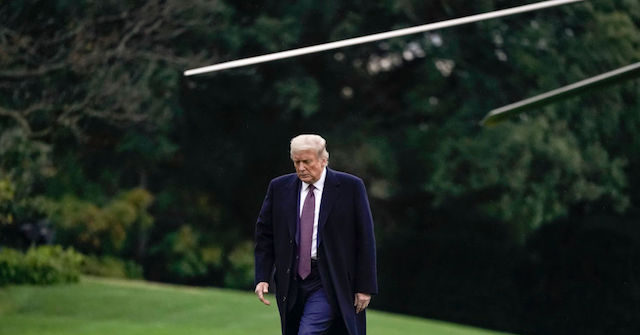 “The president does have mild symptoms,” Meadows said to reporters outside the White House.

Meadows said that the White House continued to follow safety protocols and that the president was working from the residence of the building.

“The American people can rest assured that we have a president that is not only on the job, will remain on the job and I’m optimistic that he will have a very quick and speedy recovery,” Meadows said.
He noted that President Trump was probably watching his remarks from the residence.

“He’s in the residence now and, in true fashion, he’s probably critiquing the way I’m answering these questions,” Meadows joked.

The Chief of Staff said that doctors were monitoring the president’s health and that they would provide an update later in the day.

“I think the great thing about this president is not only is he staying committed to working very hard on behalf of the American people,” he said. “His first question to me was how is the economy doing, how are the stimulus talks going on Capitol Hill.”
Meadows said that a number of the “core team” at the White House continued to get tested for the virus.
He declined to get into the “tick-tock” of why the president traveled to New Jersey on Thursday after his advisor Hope Hicks was tested positive for the virus. Meadows said that the news of Hicks’ positive test was learned just as Marine One was leaving the White House.

He also noted the positive economic news from the unemployment numbers this morning.

“Obviously we had a great jobs report this morning, unemployment down below eight percent and the economy continues to be robust in its v-shaped recovery,” Meadows said.

On Twitter, the First Lady also revealed that she was experiencing mild symptoms of the virus.

Thank you for the love you are sending our way. I have mild symptoms but overall feeling good. I am looking forward to a speedy recovery. 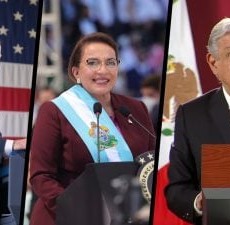 Flop at Biden’s Summit of the America’s 2022. The Beginning of the End of American Hegemony?