ER Editor: Notice that this withdrawal of citizens follows immediately on from what is presumed widely to be a US/NATO/Polish attack on the Nord Stream 1 and 2 pipelines. See this relevant observation by Kim Dotcom on Twitter:

The US Embassy in Moscow tells US citizens to leave Russia immediately. The US Govt knows that the Russians know who blew up the pipelines. Anything is possible now. Retaliation is guaranteed. pic.twitter.com/wGhZYjyqP2

The US Govt KNOWS that the Russians KNOW …

Some extra food for thought about the internet:

This attack opens the door for Russia to respond by sabotaging submarine Internet cables. Russia has a local Internet. The impact to Russia would be minimal. The US would suffer huge economic damage. Germany is at a crossroad. Will Scholz allow the US Govt to ruin Germany or not?

Western withdrawal of citizens from Russia may be a provocation

This act looks like a threat of attack and could generate responses.

The US and some other Western countries have announced the evacuation of their citizens from the Russian territory. In a context of tensions between Moscow and NATO, this type of attitude sounds like a threat, further worsening the scenario of global security crisis.

The US State Department has asked Russia-based American citizens to leave the country immediately. The appeal was posted on the website of the US Embassy in Russia. The justification for the advice was that Moscow could mobilize citizens who have dual nationality, which is why foreigners based in Russia should flee as quickly as possible, before they are mobilized for combat on Ukrainian soil. The statement also highlights that there are currently a limited number of flights from Russia to other countries, and tickets for the next dates may not be available, so US citizens residing in Russia should hurry to leave.

It is interesting to analyze the communiqué issued by the Embassy when the reality of the mobilization promoted by Russia is not only partial but also absolutely moderate. The call-up of combatants has been promoted in a balanced way, with no urgency for foreign citizens to flee in a hurry to avoid being mobilized. Moscow has shown no interest in forcing foreign nationals with Russian passports to serve in the special military operation, which makes the American narrative weak and unsubstantiated.

However, some other countries also took measures similar to the one of the US. Poland and Bulgaria, for example, called on their citizens to leave Russia immediately. Commenting on the matter, spokespersons for the Polish Foreign Ministry released a note stating: “In case of a drastic deterioration of the security situation, the closure of borders or other unforeseen circumstances, evacuation may prove significantly impeded or even impossible (…) We recommend that the citizens of the Republic of Poland who remain on the territory of the Russian Federation leave its territory using the available commercial and private means”.

Also, Poland’s foreign minister Zbigniew Rau was more explicit in his words and stated that if Russia uses nuclear weapons against Ukraine, NATO’s response will be “devastating”, which is why Polish citizens should leave Russian territory as soon as possible. In fact, his words were just an endorsement of what had already been previously announced by the US National Security Advisor Jake Sullivan, who threatened Moscow by stating that “if Russia crosses this line (the use of nuclear weapons], there will be catastrophic consequences for Russia”, adding that “the United States will respond decisively”.

In fact, evacuating citizens is an elementary measure usually taken by states that are planning some kind of attack or invasion. It is the most direct and simplest way to prevent putting the lives of innocent citizens on enemy soil at risk when a war is breaking out. In this sense, any attempt at a massive withdrawal of Western citizens from Russia sounds like a threat to the Eurasian country at this point, as the Western military alliance has constantly warned of “consequences” against Moscow in the event of an escalation in Ukraine.

The problem is that the situation in Ukraine only tends to escalate because of the attitudes of the western countries themselves, which continue with their provocative military programs against Russia, supporting the neo-Nazi regime in Kiev with lethal weapons and large amounts of money. Moscow has already issued communiqués warning of what it considers a “red line” in the Ukrainian conflict, which is Russia’s sovereign territory. Russian forces are unwilling to tolerate attacks on the Federation’s territory and make it clear that they will respond harshly if such attacks occur.

With the positive result of the integration of the liberated territories into Russia, the new oblasts will become part of the Federation and thus will be under direct protection of Moscow, not being tolerant of Ukrainian attacks in these regions. The West, however, insists on not recognizing the referendums and encourages Kiev to attack these regions. This is precisely where an eventual nuclear escalation could happen. Russian military doctrine establishes that nuclear weapons should only be used as a last resort in the event of an existential threat to the Russian state. Moscow may consider Western-funded attacks an existential threat if the targets are within the Federation – including the new territories – which is why there is currently a nuclear danger.

So, it is the West itself that fosters the conditions for a nuclear escalation. And it is also the West that threatens to react to such an escalation by directly attacking Russia and starting a third world war. By evacuating its citizens, the US and its allies are once again provoking and threatening Russia, sending “red alerts” that something is “about to happen”. The objective is to act preemptively and justify a Western response.

In fact, the West seems to be acting in an anti-strategic manner. There no longer seems to be any military realism in the thinking of NATO leaders, who are willing to escalate tensions more and more, even though there are no winners in a possible scenario of world war.

Lucas Leiroz is a researcher in Social Sciences at the Rural Federal University of Rio de Janeiro; geopolitical consultant. 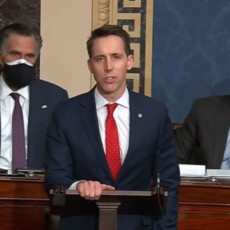 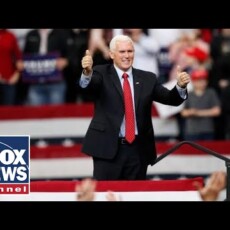