In the annals of modern political history the one constant in an ever-changing universe is the entrenched tone-deafness of the establishment republican class.  Actually, it is not so much they are tone-deaf, as it is they just don’t care.  The reminder this week is that Nikki Haley intends to run for President in 2024. {Go Deep} 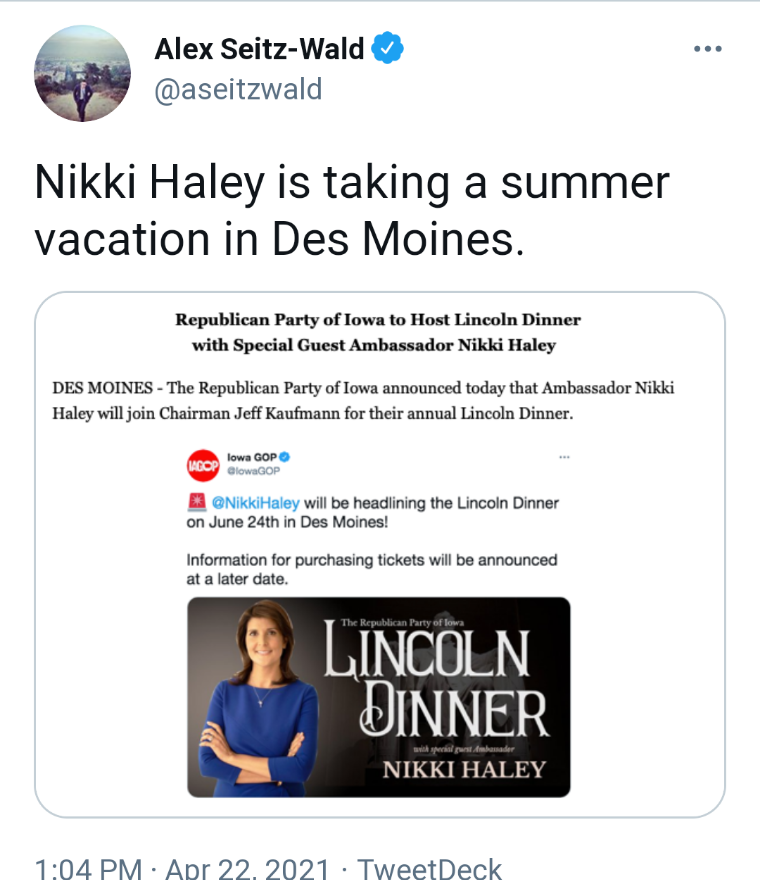 (Via The Hill) Nikki Haley will headline the Iowa Republican Party’s most prominent gathering of the year, a move that’s likely to fuel speculation about a potential 2024 presidential bid.

The former U.S. ambassador to the United Nations will head to the first-in-the-nation caucus state in June to host the Iowa GOP’s annual Lincoln Dinner, the party announced on Thursday. The dinner is a major fundraising event for the state party and one with a history of drawing Republican presidential hopefuls. (Read More)

I would drive railroad spikes through my kneecaps before I would vote for Nikki Haley, the Mitt Romney of John McCains’.  However, that said, the professional political class don’t give a tinker’s hoot what the base voter wants.  They will pull every trick out of their DeceptiCon hat to help her.  Watch, you’ll see.

If we don’t fight her off now, she will scheme and connive her way into position for the republican primary.  You can see the library of information we have about all her moves HERE.

Right now the most likely top four candidates appear to be: President Trump (if he runs), Florida Governor Ron DeSantis (will be #1 without Trump and will likely get the Trump endorsement), South Dakota Governor Kristi Noem (Maga-lite with twist of Koch and open border Wall Street support), and Nikki Haley (full throated establishment class with zero authenticity for MAGA policy)…..

The strategic primary splitter(s) will likely be lyin’ Ted Cruz and Kristi Noem if Trump doesn’t get rid of RNC Chairwoman Ronna McDaniel. 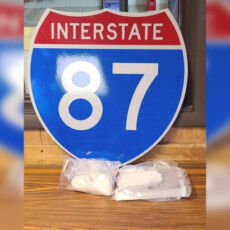 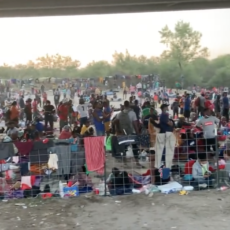