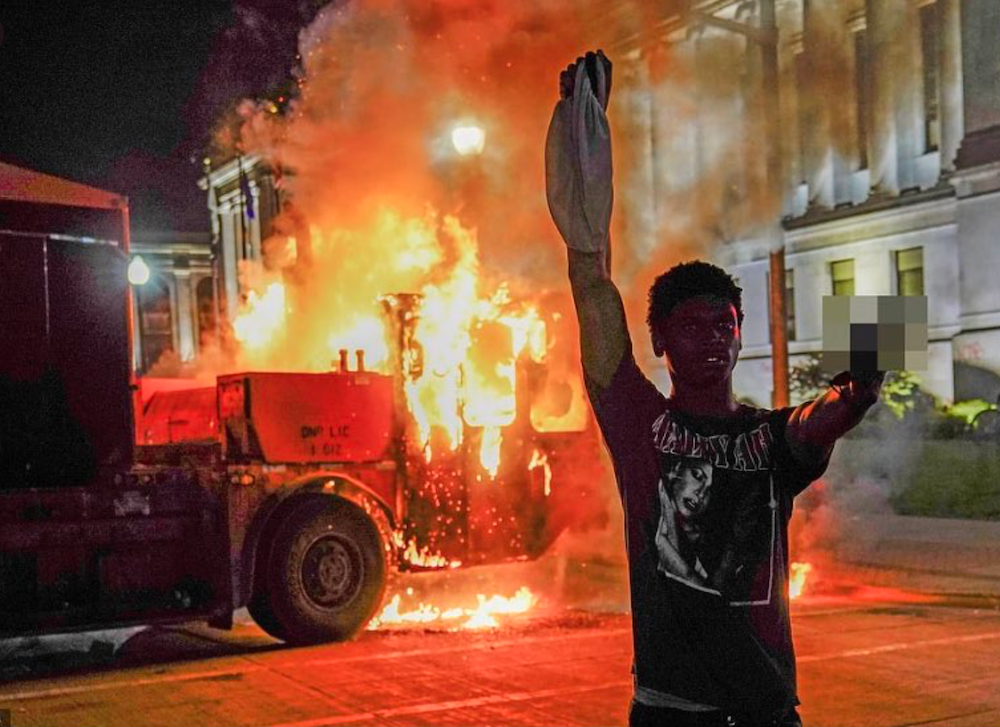 On this episode of The Federalist Radio Hour, Federalist Intern Evita Duffy joins Assistant Editor Kylee Zempel to discuss their on-the-ground coverage of rioting, looting, arson, and President Donald Trump’s visit to Kenosha, Wisconsin. They also examine the effects of these riots on voters and the implications of local, state and federal law enforcement response on the 2020 presidential election.

According to Duffy, the destruction caused by these riots was detrimental to many locals and their businesses. And while some speculated that the violence could be attributed to both left-wing and right-wing organizations and people, Duffy said that is not the case.

The effect of these destructive events on Wisconsin voters, however, was not lost in the chaos of President Trump and Democratic Presidential Nominee Joe Biden’s visits.

“It is just fascinating that people were turning out to support Trump in droves and to oppose him, but there is just not support for Joe Biden and it’s interesting,” Zempel remarked. “It just makes you wonder whether that will translate from street demonstrations to the ballot box, because I’m becoming more convinced that it just might not.”

Charges Filed Against Transgender Sex Offender For Exposing Himself In Spa