We all have a long way to go in our Christian journey. But if we rely fully on God’s grace, we will get there. Let us learn from the mistakes of others, and strive not to repeat them.

Christians know what my title refers to — it comes from 2 Corinthians 4:5-7:

“For what we proclaim is not ourselves, but Jesus Christ as Lord, with ourselves as your servants for Jesus’ sake. For God, who said, ‘Let light shine out of darkness,’ has shone in our hearts to give the light of the knowledge of the glory of God in the face of Jesus Christ. But we have this treasure in jars of clay, to show that the surpassing power belongs to God and not to us.”

The good that we do and the ministry wins that we have occur because of Christ in us, not because we are such great shakes. Here I want to look at this from two vantage points. One, I will look at one famous Christian leader, and two, I will look further at what Scripture says about sin and the believer.

A little while ago I wrote about pastors’ kids and missionary kids, and I spoke about the sad reality that children of Christian leaders can and do go off the rails. I also said that at times the parents themselves may have been at fault to some extent.

I mentioned the daughter of Bob Pierce, the founder of World Vision and Samaritan’s Purse, and how she suffered because she saw so little of her own father who was so very busy in Christian ministry the world over for over 25 years. He had done terrific things for Christ and the Kingdom, but his family was often neglected and hurt in the process. See the article here.

As I said in that piece: 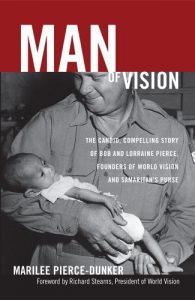 I want to look a bit further at the book. It is Man of Vision by Marilee Pierce Dunker (Authentic Media, 2005). It is a bittersweet volume, extolling all the great things he had done, and his tremendous commitment to Christ. But he also had his issues, including bouts of depression and a bad temper.

And on top of that, as mentioned, he was simply away from home for so much of the time — usually 10 months a year. Indeed, the constant travel and activity and ministry were just not sustainable — physically, emotionally, spiritually. Says Marilee:

“Years of eighteen-hour days, sleep caught on planes, unsanitary food, and eternal jet lag had begun to take their toll on my father.”

So many people became Christians because of his hard work, and so many were nourished physically as well as spiritually, but that did not mean his own life was fully in order. This was so very tough on his family, and even resulted in estrangement from his family. At one point he even filed for divorce. In fact, it was so bad that one of his daughters took her own life at age 27.

But the idea was to put God before all else. Writes Marilee:

How many times I heard Daddy quote Luke 14:26, “If anyone comes to Me and does not hate his father and mother, his wife and children… he cannot be My disciple.” Daddy understood that Scripture to mean that he was obliged to put his ministry and the needs of the world before his own family.

He used to say, “I’ve made an agreement with God that I’ll take care of His helpless little lambs overseas if He’ll take care of mine at home.” It surely sounded sensible enough, and Daddy sincerely believed he was right. Unfortunately, future events would prove that this was Daddy’s agreement, not God’s.

And one more quote:

My father had an unusual ability to “weep with those who weep,” and he was driven relentlessly to do something about the intolerable pain and despair he saw. But Bob Pierce was a man of flesh and blood, and some of his greatest strengths were related to his greatest weaknesses. His very need to minister to the multitudes often made it hard for him to recognize the desperate needs of those closest to him, or to allow himself the luxury of expressing his own needs.”

Such a sad story and such a great story: so much done for Christ, yet plenty of weaknesses as well. I am not picking on one well-known Christian leader. My point here is to say that we are ALL in this camp: we are all a work in progress, we are all a mixed bag, we are all a people on a journey, and we all have plenty of areas where we are not fully imaging Christ. We are simply sinners saved by grace, in other words.

The Believer and Sin

What does the Bible say about all this? At the heart of the Christian life there is a seeming contradiction – or at least a very real paradox. On the one hand we are commanded by Jesus himself to be perfect as his heavenly Father is (Matthew 5:48). The rest of the New Testament insists on this aim, this goal, this telos as well.

But on the other hand, we are still all fallen, finite and fallible sinners, even after being saved by grace through faith. We are not perfect and never will be this side of heaven. We all have the old sinful nature to deal with. We all have carnality and the flesh to deal with. Those who claim we can achieve sinless perfection in this life are greatly amiss.

We are always works in progress. And lest some believers take umbrage at those two things that I just said (that we are still sinners, and we must resist a theology of perfectionism), let me simply point out how the Apostle Paul looked at this matter. The longer he lived as a Christian, the more he saw himself as being worse of a sinner. Yes he did, folks! Consider these three passages and their chronological progression:

I speak to this further here.

“When our Lord and Master Jesus Christ said, ‘Repent,’
He willed the entire life of believers to be one of repentance.”
~ Martin Luther

“The nearer a man lives to God,
the more intensely has he to mourn over his own evil heart.”
~ Charles Spurgeon

“Remorse, regret, sorrow, and the pain provoked by sin will only increase and intensify the longer we are Christians. Maturity in the faith does not lead to less sorrow over sin, but more. The pain does not diminish; it deepens.”
~ Sam Storms

“When a man is getting better he understands more and more clearly the evil that is still left in him. When a man is getting worse he understands his own badness less and less. A moderately bad man knows he is not very good: a thoroughly bad man thinks he is all right. This is common sense, really. You understand sleep when you are awake, not while you are sleeping. You can see mistakes in arithmetic when your mind is working properly: while you are making them you cannot see them. You can understand the nature of drunkenness when you are sober, not when you are drunk. Good people know about both good and evil: bad people do not know about either.”
~ C. S. Lewis

“The evidence… the raw-bone, biblical evidence that there was one time in your life that you repented unto salvation, is that you continue repenting until today and continue growing in repentance.”
~ Paul Washer

“The more we grow as Christians, the more we should be aware of the corruption of our own hearts; and not to be aware of that is a very serious symptom.”
~ Martyn Lloyd-Jones

We are just jars of clay. All the great things that believers have done for Christ have been due to Christ dwelling in them. Yes, God works through people. But we are all sinful and fallen, and we are always a mixture of flesh and Spirit. God alone gets all the credit and all the glory for any great spiritual endeavours and outcomes we are involved in.

One closing quote from Marilee:

“Obviously God is not dependent upon our perfection to get His work done; rather, we are dependent upon Him to work wholeness and health in us so that His Spirit can work through us in purity and power.”

In sum, there are two unbiblical extremes that Christians must avoid like the plague. One is to think that holiness and sanctification are just some optional extras that we need not worry about. The other is an unrealistic and Pharisaical belief in some sort of perfectionism whereby we think we have somehow obtained complete and total sanctification, and we now inhabit some unique spiritual plane that the rest of mere mortals will not get to.

We ARE jars of clay. And that is good news: it should save us from undue optimism and undue pessimism. 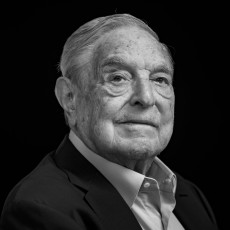 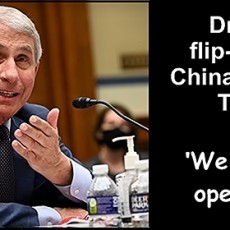 Government Coverup of Genocide, We have the Data