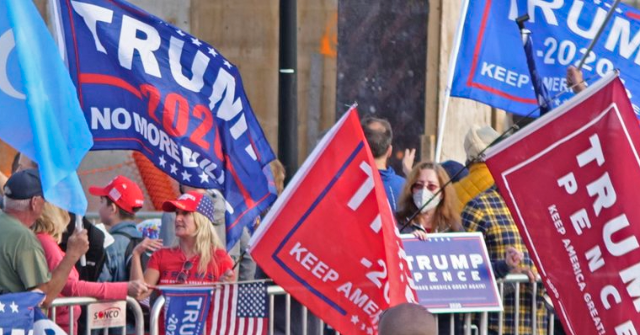 A Trump supporter who gathered outside of Walter Reed hospital with fellow supporters on Sunday said that they effectively “brought a Trump rally” to the president, as Trump remained in the hospital undergoing treatment for the Chinese coronavirus.

“Trump has been giving us rallies basically four, five times a week, every day the last three, four weeks,” the Trump supporter, identified as “Greg,” told Breitbart News. “Right now he needs us. So we brought a Trump rally to him and he came out and he said hi and it made his day.”

Earlier in the day, Trump made a surprise visit to his supporters who have gathered outside of the hospital throughout the duration of his stay, waving to them from a SUV:

Trump drives by the press and supporters outside Walter Reed hospital. pic.twitter.com/3phtKthqTH

The “little surprise” Trump teased? A ride outside of Walter Reed: pic.twitter.com/FZx0lKR810

“Looking at pictures of him in the back of the car, in the back of the SUV, you could tell he not only wanted to get out of the hospital. Because this is Donald Trump we‘re talking about. This guy doesn’t like to stay in a small corner all day,” Greg said.

“This guy wants get out. He wants to be with the people. That’s why he is literally up all night — we’ve seen the pictures the last few days. He’s been up. This guy has a virus and he’s working,” he continued, blasting Joe Biden (D) for consistently spending time off the campaign trail.

“Joe Biden puts a lid on his campaign at 8:47 in the morning 34 days ahead of a presidential election. Sleepy Joe. Trump has two steps he needs to do,” he continued, showing the “to-do” list he made for the president which read, “1. Beat COVID. 2. Beat Sleepy Joe.”

“And well the third step – we all know what that is. That comes with two and that is keeping America great,” he continued, predicting that Trump will win the election and that it is “going to be a landslide.” However, he said leftists are “trying to taint it with the mail-in ballots and election fraud,” listing several examples — from the discovery of U.S. military ballots cast for Trump discarded in Pennsylvania to over 1,000 voters in Virginia receiving two absentee ballots.

“We should not be waiting days, weeks to see who won, because we know they’re tainting it. They’re not even hiding it,” he continued, explaining that the election should be called early the next day, at the latest.

“There’s more evidence of voter fraud than there has been evidence of Russia, Ukraine, impeachment. All this stuff over the last three years. This is their last-ditch attempt of interfering [in] the election, and if they don’t succeed this time, it’s going to get very bad,” he predicted. 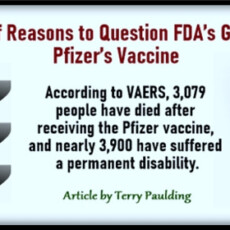 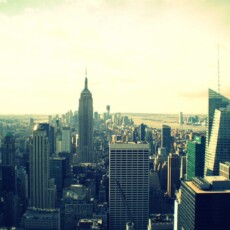 What Those Who Sacrificed For 9/11 Deserve From Americans Now