Los Angeles, California — The Los Angeles Police Department released new information of an incident that occurred on July 7th, 2020 around 1:20 a.m.. Rampart Division patrol officers responded to a radio call of a man with a gun in the area of Clinton Street and Virgil Avenue, the comments of the call indicated that the suspect was on a bicycle and brandished a gun at a passerby. When officers arrived in the area, they saw the suspect riding a bicycle northbound Vermont Avenue at Melrose Avenue. That suspect was later identified as thirty three year old Yordy Ochoa. The officers attempted to stop Ochoa to conduct a criminal threat investigation, but he failed to stop. Ochoa traveled northbound on Vermont Avenue to east bound Melrose Avenue and the northbound on Madison Avenue to eastbound Normal Avenue and finally to southbound Virgil Avenue, just south of Melrose Avenue.

Officers ordered Ochoa to stop numerous times, but he failed to do so in an attempt to stop Ochoa, an officer drove next to him and intentionally use the driver door of his police vehicle to push Ochoa, which caused Ochoa to fall to the ground where he was taken into custody without further incident.

Los Angeles Fire Department paramedics responded to the scene and treated Ochoa for minor abrasions and cleared him for booking. Ochoa was transported by police vehicle and booked into an LAPD jail facility. On July 9th, 2020, the case was presented to the Los Angeles County District Attorney’s Office who, upon review rejected the felony filing and referred the case to the City Attorney’s Office. 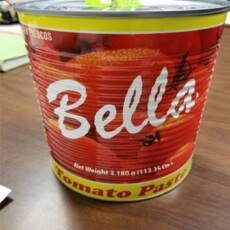 Customs at JFK Detect Cocaine in Can of Tomato Paste 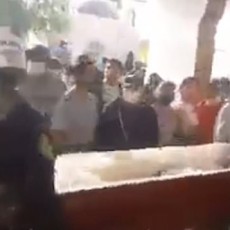