“Although you won’t be here anymore, I want you to live through me,” she said, addressing her slain husband. “The system continues to fail us. We are not safe anymore, not even the members of the service.

“I know you were tired of these laws, especially the ones from the new DA,” she continued. “I hope he’s watching you speak through me right now.”

The audience, including the attending clergy, burst into spontaneous applause and a standing ovation for over half a minute.

Bragg was, in fact, in the audience, the New York Post reported.

Tonight, we mourn the loss of a hero officer — a son, husband, and friend. Only 22 years old, Police Officer Jason…

“I’m sure all of our blue family is tired too. But I promise, we promise, that your death won’t be in vain,” she added.

A massive group of police officers wearing dress blues was seen at the Manhattan church to honor Officer Rivera, according to the Daily Mail.

“Rivera, who had joined the NYPD less than a year ago, was posthumously promoted to detective first grade – the highest rank for a detective,” the outlet said.

Rivera and fellow Officer Wilbert Mora were answering a domestic violence call in Harlem where they were reportedly ambushed by a career criminal, named Lashawn McNeil, and ultimately killed.

Today, we mourn the loss of Police Officer Wilbert Mora. At 27-years-old, he was murdered in the line of duty — …

The 47-year-old McNeil was shot by a third officer and later died, the Mail report said.

As Breitbart News reported earlier this month, Bragg, who was elected last year with indirect support from left-wing billionaire George Soros, “instructed staff on Monday that his office will not seek pre-trial detention or prison sentences for crimes other than homicide, public corruption, and a few other exceptional cases.”

Bragg is one of dozens of left-wing prosecutors elected throughout the country with help from Soros. 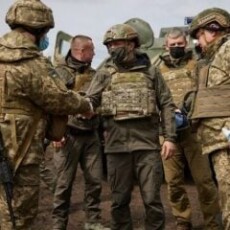 Aggravation of Relations Between Russia and the West: Will it Lead to War?

Why I Won’t Leave New York City, But Probably Should 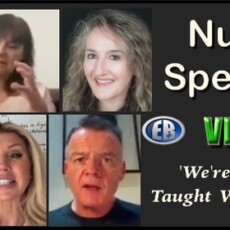