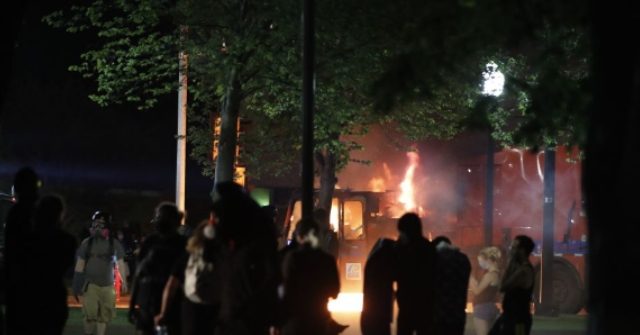 Rampant arson and looting continued in Kenosha, Wisconsin for a second night, as rioters focused their destruction on small businesses in residential neighborhoods.

Just after 11 PM local time, rioters set fire to a warehouse at the end of a street that was next to a row of houses. Footage showed the fire and the videographer warning residents to call the fire department given the delayed response times.

Rioters are setting fires in residential neighborhoods in Kenosha. pic.twitter.com/ZlcablwJbr

The Department of Corrections building in Kenosha is completely ablaze. pic.twitter.com/ugC6hBtSMz

As the fires burned shots rang out as some business owners and, reportedly, even some protesters, began trying to turn arsonists away from the small businesses and residential neighborhoods.

When confronted by a citizen who asked them why they were channeling their anger at police by hurting local businesses, protesters countered by saying that this was their way of dealing with the police.

Rioters argue with a local business owner in Kenosha, justifying their violence. pic.twitter.com/mTjuXmShOO

For the second night in a row, Antifa appeared in Kenosha with firearms.

Antifa appears to be arming up with firearms in Kenosha. pic.twitter.com/TcMnP4PQbo

The violence sweeping across Kenosha was triggered by an incident on Sunday evening where police officers responding to a domestic incident shot a black man seven times in the back as he walked away from them and refused a lawful order to stop,

The National Guard was called in by the governor to help quell the violence. Jacob Blake, the man shot by the police, is receiving care at a local hospital. 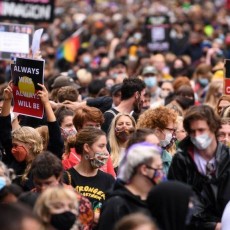 Mainstream media was NOT welcome at Melbourne rally 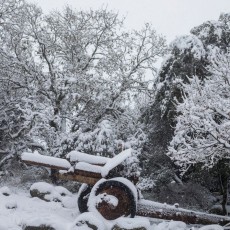