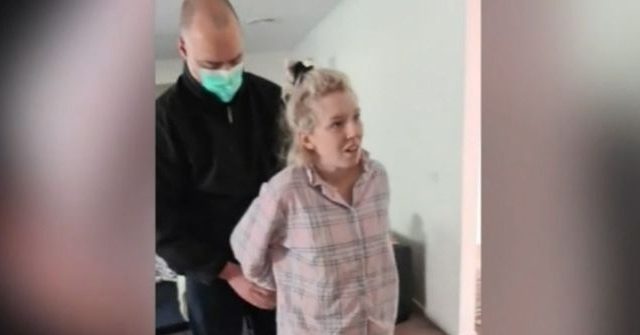 Police in Australia arrested a pregnant 28-year-old woman in front of her partner and two children Wednesday for allegedly planning a coronavirus lockdown protest and promoting it on Facebook.

Police in the state of Victoria took the woman, Zoe Buhler, into custody at her home after she created a “freedom day” event on Facebook calling for people to peacefully gather against the government’s lockdown measures.

“As some of you may have seen the government has gone to extreme measures and are using scare tactics through the media to prevent the Melbourne protest,” the now-deleted event description read, ABC News reports.

“Here in Ballarat we can be a voice for those in stage four lockdowns. We can be seen and heard and hopefully make a difference!”

Video of the arrest shared on social media shows officers handcuffing Buhler in front her partner and children. In the video, Buhler becomes increasingly distressed as she tells officers she is pregnant.

“I have no idea why you guys are doing this,” she tells officers. “My two kids are here. I have an ultrasound in an hour. I’m happy to delete the post.

“I don’t really understand what I’ve done wrong. This is ridiculous. I didn’t realise I was doing anything wrong.”

The woman tells police she has an ultrasound appointment in an hour’s time. She offers to delete the post and questions the need to arrest her in front of her two children.

But Victoria police confirmed the woman was taken into custody and charged with incitement. A mobile device was also seized, police said.

The apprehension comes just days after a group of anti-lockdown protesters clashed with police in the state capital Melbourne at a separate event and almost 200 more Victorians were fined for breaching restrictions.

Victoria is governed by hard-left Australian Labor Party (ALP) leader Daniel Andrews who has seen the state top the national list of infections and deaths during the coronavirus pandemic.

As Breitbart News reported, this is not the first time police under his direction have acted so quickly and with such force against those suspected of violating state requirements during the pandemic.

Video emerged last month of a woman being confronted by state police and violently wrestled to the ground for not wearing a mask. The vision has gone viral and sparked an official inquiry.

The woman – who was subsequently found to have had an exemption for wearing a mask – appears to resist as the male officer grabs her and she is pushed against a wall.“You’re choking me,” she yells and repeatedly swears at the officer before she is forced to the ground:

The woman has been charged with resisting police and assaulting police and the arrest has been referred to an internal Victoria police review body, the Professional Standards Command.

“Police made the decision to arrest the woman after she failed to provide her name and address,” a Victoria Police spokesperson said, NINE News reports. “She also did not state she had an exemption for not wearing a face covering.” 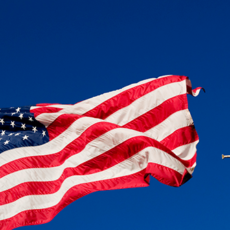