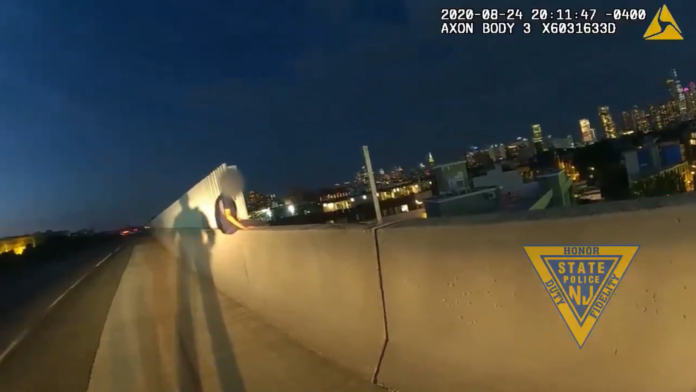 On Monday, a New Jersey State Trooper rescued a suicidal man attempting to jump from the Newark Bay Extention portion of the New Jersey Turnpike in Jersey City, Hudson County.

While speaking to the man, Tpr. Corvino observed that he was distraught and was contemplating jumping off the bridge. After a brief conversation, Tpr. Corvino convinced the man to step back onto the roadway and escorted him to his troop car.

While transporting the man to a gas station off the highway, Tpr. Corvino continued to comfort the man. A short time later, Jersey City EMS arrived at the gas station and transported him to an area hospital for further treatment.

We urge anyone experiencing a crisis that seems too much to bear to contact the National Suicide Prevention Lifeline at 800-273-8255 or go to www.suicidepreventionlifeline.org.

Justice Dept Appeals Order to Appoint Special Master, Threatens Judge to Shop for Friendly Court, Demands No Party Outside DOJ Should Have Right to See or Review Their Identified Classified Documents