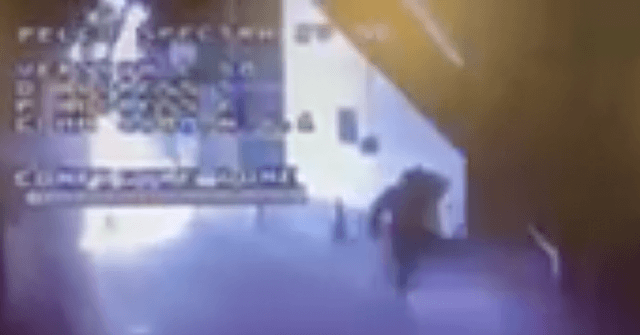 An LAPD spokesperson confirmed to Breitbart News that the attack took place at around 12:55 a.m. Sunday morning. The suspect threw a glass bottle containing a flammable liquid at the station’s front window. The act was witnessed by multiple officers who went in pursuit of the attacker.

LAPD has identified the suspect as Jonathan Rosin, 24, a resident of L.A. No physical description of the suspect was available. The spokesperson said it was unknown if anyone was hurt in the incident.

Surveillance video footage appears to show an individual approaching the exterior of the building and throwing an incendiary object at the front of the building.

NEW: LAPD’s Topanga Division station was firebombed Sunday morning at about 1am. A source sent me this video, which shows a suspect throwing a Molotov cocktail against the doors. LAPD tells me officers witnessed it and chased the suspect down. Suspect is now in custody @FoxNews pic.twitter.com/gTozeuDwsR

The incident is the latest violent attack on L.A. area law enforcement in the past 12 months.

Two Los Angeles County Sheriff’s deputies were shot in an ambush attack while sitting their patrol vehicle in September.  The deputies sustained multiple injuries, including shots to the head, but survived the horrific attack.

An LAPD officer came under gunfire in September in the west San Fernando Valley just as he was coming off duty.  The officer was heading home from the West Valley Community Police Station in Reseda when a black SUV opened fire on him.

L.A. city officials have bowed to pressure from the left to defund the police, stripping the LAPD of $150 million from its annual budget. 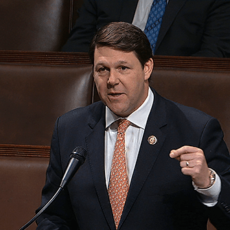