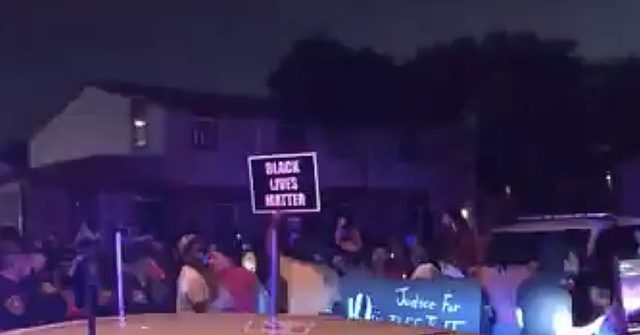 The man, 29-year-old Jacob Blake, was shot seven times by police and is currently receiving medical treatment at Froedtert Hospital in Milwaukee, according to police officials.

At 12:21 a.m., a few hundred people could be seen milling around the courthouse, which was tagged with graffiti condemning the shooting and police. Someone set a fire outside the courthouse. Officers arrived extinguished; soon after, officers also began firing what appeared to be tear gas canisters. Protesters then began smashing windows at the administration building near the courthouse. Officers formed a line behind a police vehicle and continued to deploy what appeared to be tear gas or smoke bombs. […]

A little after 3 a.m., the fire had spread to the Bradford Community Church, the marquee of which had read Black Lives Matter before being incinerated.

Protesters are still out and about in Kenosha Wisconsin. Reports say that looting has begun. Unofficial reports say that #JacobBlake is still alive and may be in stable condition (unconfirmed). #jacobblake #justiceforjacobblake pic.twitter.com/hrACBOL7zm

The sheriff’s department for Kenosha County, located along Lake Michigan about 40 miles south of Milwaukee, late Sunday issued a city-wide curfew until 7 a.m. Monday, stating the public “needs to be off the streets for their safety.”

An emergency alert tweeted by the Kenosha Police Department urged businesses to close for 24 hours “due to numerous arm robberies and shots fired calls.”

“Tonight, Jacob Blake was shot in the back multiples times, in broad daylight, in Kenosha, Wisconsin,” Governor Tony Evers said in a statement.

The Kenosha Police Department said in a release that the shooting happened after 5 p.m. Sunday as officers were responding to a domestic incident. 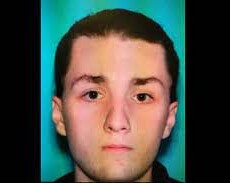 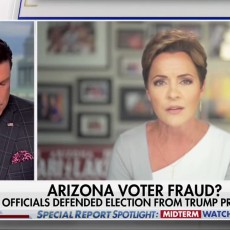 “I Thought You Were Better Than CNN,” Kari Lake Destroys Fox’s Bret Baier In Heated Interview