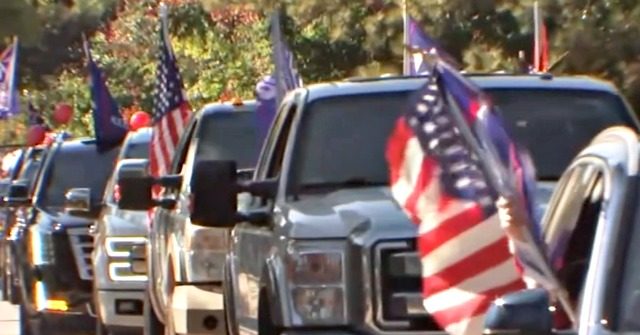 A huge group of Americans joined a parade Friday in Houston, Texas, to show their support for President Donald Trump.

“Hundreds of people caravanned down Memorial Drive from St. Martin’s Episcopal Church, in what one supporter said was a ‘warm Trump Texas welcome’ for vice presidential candidate Kamala Harris,” according to ABC 13.

Facebook user Scott Ahrendt shared an aerial photo of the parade, writing, “Cars as far as you can see both ways on Memorial Drive”:

“We love Trump and we want him to win and we’re so excited to be part of this process and join the parade today,” one attendee said.

In Houston on Thursday, a Trump supporter driving an “Official Democrat Cemetery Vote Collector” hearse tailed a Biden campaign bus, causing it to run at least one red light while trying to escape, according to Breitbart News.

“It was in the midst of a state-wide tour, titled, Battle for the Soul of Our Nation Bus Tour, and neither candidate was aboard,” the article said.

Several dozen people showed up for Sen. Kamala Harris’s (D-CA) campaign event in Fort Worth on Friday, according to Breitbart News.

Dang, the turn out is unbelievable. pic.twitter.com/NQn1yFA44Q

In North Richland Hills on Sunday, over 700 vehicles joined a pro-Trump parade that made its way around Loop 820, Breitbart News reported.

“He’s doing what he’s doing for no money to show people that he loves America and everybody else does it because they want the money. They want to use their power to make money, and he’s not doing that,” attendee Robert France said of the president.

France added that he supports Trump because he is “not a lying politician like all the rest of them.” 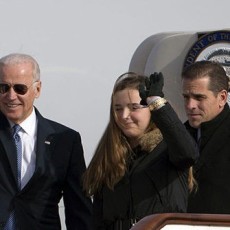 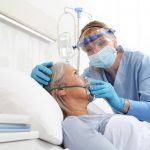 MANIPULATION: 40-45 percent of “COVID hospitalizations” had some other reason for admission, new study reveals