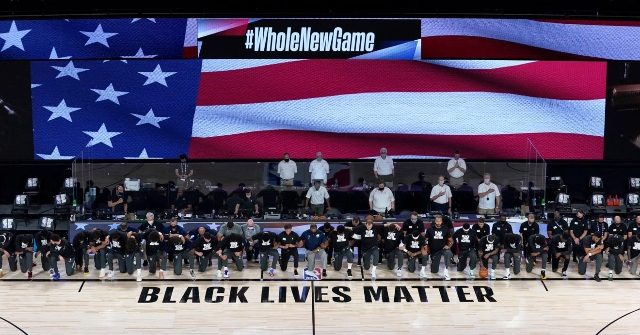 The NBA promised a social justice message when they restarted their season, and they delivered. On Thursday night, every player and coach for the Jazz and Pelicans took a knee during the national anthem.

In addition, every player wore a Black Lives Matter shirt.

Every player, coach and ref takes a knee during the national anthem before the Pelicans-Jazz game pic.twitter.com/LZy1A6s8VM

The NBA also endorsed the players’ protest by tweeting out video of the demonstration from the league’s official account.

The @utahjazz and @PelicansNBA take a knee during the National Anthem.

Nearly every player wore a social justice message on their jerseys where their names usually go. Some messages read, “Freedom,” some said “Equality.”

“Black Lives Matter” was emblazoned at the top of the court, directly above the NBA logo.

Major League Baseball, America’s heretofore least politically active major sports league, held protests at the beginning of each game on Opening Day. The NFL is also expected to have protests when their season resumes in September. 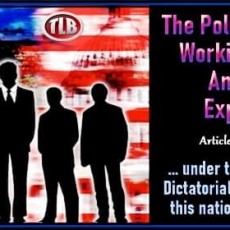 The Political Class Is Working To Make Americans … Expendable

Selected Articles: The Big Lie on Ivermectin and HCQ 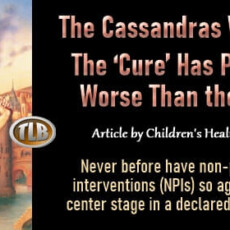 The Cassandras Were Right: The ‘Cure’ Has Proven Far Worse Than the Disease