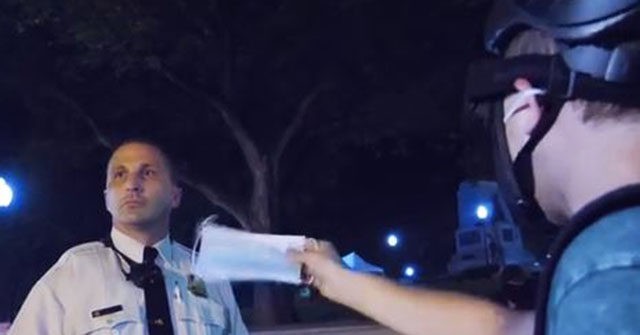 Protesters in D.C. harassed a maskless officer during Thursday night’s demonstrations, with one protester repeatedly waving masks in front of his face, prompting the officer to grab the masks and toss them behind him.

Video shows an agitated protester confronting the officer, who was not wearing a mask.

“Where’s your boss? … He’s not in charge. He’s too dumb to be in charge,” he said of the officer. “He doesn’t believe in fucking science.”

“Why won’t you put one on? It’s easy. It’s easy. Here. I have a box for you. I’ll let you take one yourself,” he continued, waving the masks in his face.

Another protester could be heard in the background asking, “Does it make you feel like you’ve got a bigger dick because you don’t have it [a mask] on?”

“I know you don’t want mommy and daddy getting sick so take a fucking mask,” he said, taunting the officer and waving the masks in his face yet again.

At that point, the officer took the masks and tossed them behind him, prompting the protester to beg for them back, to no avail.

Another APS Executive Jailed for Pedophilia 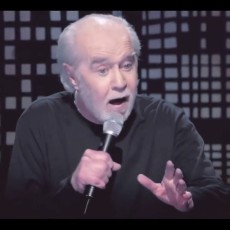 It’s a Big Club And You Aint In It