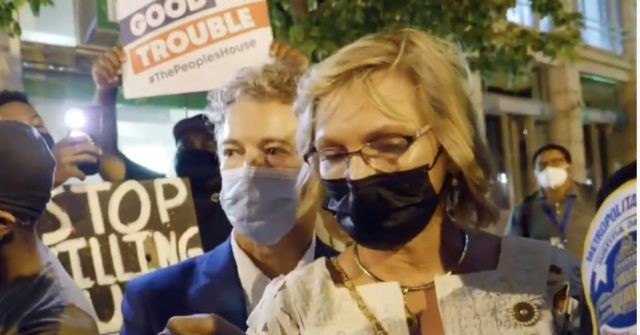 Paul was among the guests at President Donald Trump’s speech on the South Lawn of the White House accepting his party’s nomination. Protesters attempted to drown out the speech, and later harassed people leaving the event.

Paul and his companions were prevented from moving for several minutes, and were surrounded by police — as well as by protesters screaming at them, demanding that they say the name of Breonna Taylor, who was killed by police in Louisville earlier this year.

The Senator and the others stood silently for several minutes, wearing masks.

Some held signs that read “Good Trouble,” “Stop Killing Us,” and “Black Lives Matter.” One of the sign-holders raised a middle finger.

D.C. Metropolitan Police eventually formed a phalanx around Paul and moved through the crowd slowly, some carrying bicycles. Paul and the women traveling with him linked arms to avoid being separated from one another by the unruly demonstrators, who continued to shout at the Senator.

Just got attacked by an angry mob of over 100, one block away from the White House. Thank you to @DCPoliceDept for literally saving our lives from a crazed mob. 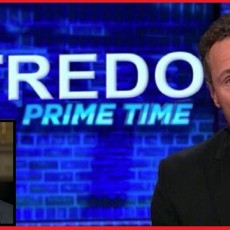