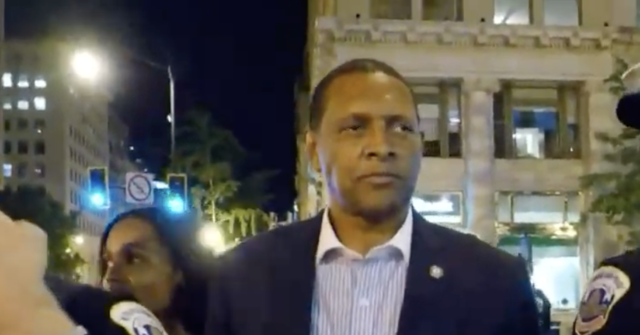 The group of protesters shouted obscenities at Jones and the woman accompanying him. Some recognized him from his speech at the RNC and demanded that he say the name of Breonna Taylor, who was killed by police in Louisville.

“Are you a black Trump supporter?” one asked. “You’re a fucking disgrace! Shame!” another shouted at Jones.

Police carrying bicycles formed a protective circle around Jones and his companion, moving them slowly down the street.

The crowd continued to harass Jones, shouting “Whose streets? Our streets!” and taunting police: “Who [sic] do you protect?”

In his address on Monday evening to the RNC, Jones said: “The Democratic Darty has become infected with a pandemic of intolerance, bigotry, socialism, anti-law enforcement bias, and a dangerous tolerance for people who attack others, destroy their property and terrorize our own communities.

“That’s what this election is all about. That’s why right now, more than ever, more than ever before, America needs Donald Trump in the oval office for another four years.”

Several minutes later, a mob of protesters also trapped Sen. Rand Paul (R-KY) as he attempted to leave the White House after the speech. 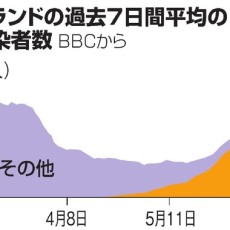