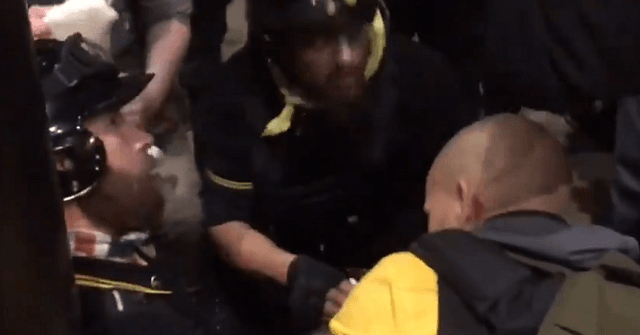 Tweeted videos show an Antifa protester allegedly stabbing Trump supporters in Washington, D.C., on Saturday night. Additional videos show the man being captured by police after the Trump supporters retaliated and took him to the ground. Reports indicate four stabbing victims were transported to local hospitals.

A video tweeted by Eric Thomas shows one of the stabbing victims being tended to by police.

a #ProudBoy is stabbed during a fight with #antifa and requests MPD attention. #DC #BlackLivesMatter pic.twitter.com/4XNXzvVaG9

Miss N0b0dy tweeted another video showing a second stabbing victim being tended to by Trump supporters and police.

Another Twitter user showed video screenshots he claims show a knife being held by an Antifa attacker. He also cited the Washington, D.C., knife laws.

More confrontations continue as Antifa and Proud Boys clash in the streets.

Editor’s Note: This article was updated with additional information regarding the number of victims stabbed by the alleged attacker.

Lana Shadwick is a writer and legal analyst for Breitbart News. She is a trial lawyer who previously served as a prosecutor and family court associate judge in Texas. Follow her on Parler.

Bob Price serves as associate editor and senior news contributor for the Breitbart Texas-Border team. He is an original member of the Breitbart Texas team. Price is a regular panelist on Fox 26 Houston’s Sunday-morning talk show, What’s Your Point? Follow him on Twitter @BobPriceBBTX, Parler @BobPrice, and Facebook. 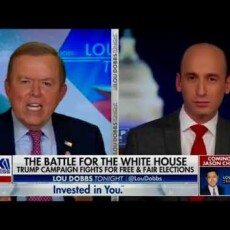