After watching political narrative engineering for years, this attempt was predictable. The reason why CTH maintains a “pinned thread” on the White House COVID-19 response from January and February of 2020 is specifically because we knew the narrative engineers would attempt to weaponize the politics of the virus later in the election year.

We knew the narrative engineers would flip the script. Today they did exactly that. 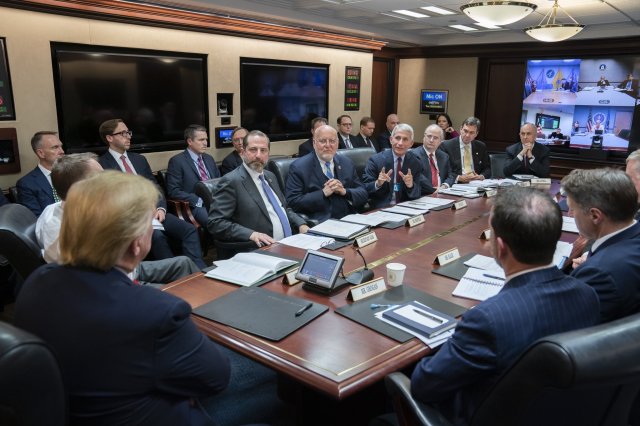 The day after President Trump established a “coronavirus taskforce”, on January 31, 2020, the Washington Post published an article saying that President Trump was hyping the concern over COVID-19 in response to him shutting down travel and implementing major restrictions:

The Trump administration on Friday dramatically escalated its response to the fast-spreading coronavirus epidemic by announcing quarantines and major travel restrictions that officials said were meant to limit contagion.

The White House declared a “public health emergency” and — beginning on Sunday at 5 p.m. — will bar non-U.S. citizens who recently visited China from entering the United States, subject to a few exemptions. Shortly after the White House announced the new restrictions and said there were six confirmed U.S. cases, a seventh case was confirmed in Santa Clara County, Calif.

[…] “This is a serious health situation in China, but I want to emphasize that the risk to the American public currently is low,” said Robert Redfield, director of the Centers for Disease Control and Prevention. “Our goal is to do all we can do to keep it that way.”

[…] Anthony S. Fauci, director of the National Institute of Allergy and Infectious Diseases, said that the process for testing people for the new strain of coronavirus had proved very imprecise so far and that this is one of the reasons for the aggressive U.S. response. (link)

Within hours of President Trump’s decision to restrict travel from China on Jan. 31, top Democrats and media figures immediately derided the move as unnecessary and xenophobic.

Democratic presidential candidate Joe Biden led the way, quickly attacking what he called Trump’s “record of hysteria, xenophobia and fear-mongering” after the travel restrictions were announced.  A Jan. 31 article in The New York Times quoted epidemiologist Dr. Michael Osterholm as saying that Trump’s decision to restrict travel from China was “more of an emotional or political reaction.”

In March, another Democratic presidential candidate, Sen. Bernie Sanders, conspicuously insisted at a Fox News town hall that he wouldn’t consider closing the U.S. border to prevent the spread of coronavirus, before condemning what he called the president’s xenophobia.  The overwhelming narrative was that President Trump’s proactive measures were fear-mongering and intended to produce panic.

Now we fast-forward to today… predictably, as if on the anticipated cue…. the exact same outlet, the Washington Post, now says President Trump “downplayed” the danger.

[…] At that time, Trump was telling the nation that the virus was no worse than a seasonal flu, predicting it would soon disappear and insisting that the U.S. government had it totally under control. It would be several weeks before he would publicly acknowledge that the virus was no ordinary flu and that it could be transmitted through the air. (read more) 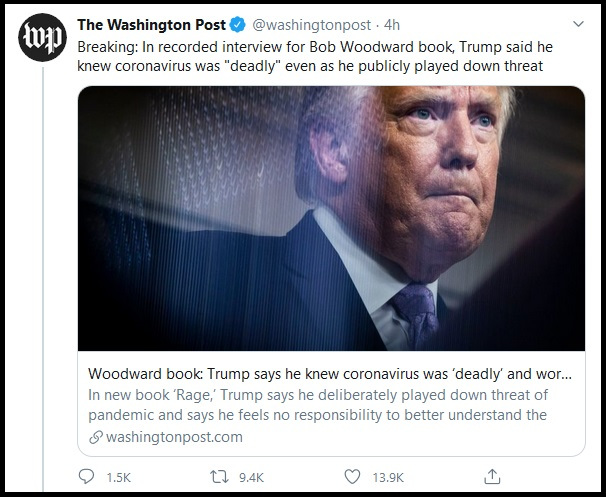 This was as predictable as the sunrise.

The Bob Woodward book is simply an exhibition in this type of purposeful narrative engineering.  However, the American electorate are not stupid. 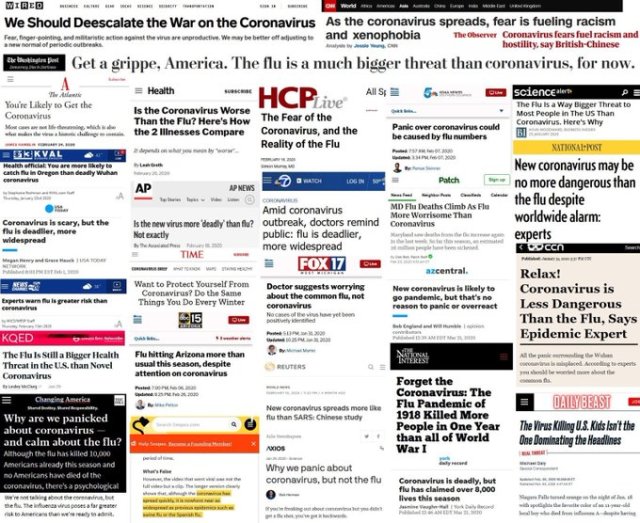 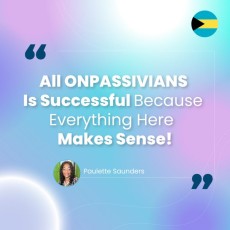 All ONPASSIVIANS Is Successful Because Everything Here Makes Sense!

Her name was Ashli Babbit — 14-year veteran gunned down…