My guess is that most Australians are completely oblivious of what a police state actually is, feels like, or even smells like. I know the feeling and the smell from my days in apartheid South Africa.  Everyone waited for a polite knock on the door – ALL the Blacks, and any White who had dared to breach one of the many oppressive rules.

Now today, in Ballarat Australia we got a foretaste of things to come. A young pregnant woman was arrested in her home for the crime of “incitement.” That is because of a Facebook post she made encouraging people to show up at a September 5 rally in her town of Ballarat. It is an hour’s drive west of Melbourne.

Ballarat is considered rural, and so is only in Stage 3 of the Lockdown. It is almost laughable if it were not so serious. This young pregnant mum posted on Facebook, on Saturday 29 August, 2020) asking people to join a “Peaceful Protest”, saying that everyone should obey the social distancing rules and wear masks.

How different things would be if Zoe had advertised, “Join me on a recreational walk with a placard on Freedom Day. Keep your distance and wear a mask.” The original post:

We must await legal interpretation of what she did wrong — especially when she was trying to obey all the CoV2 rules.

The main thing is the video. When the police arrived, she had her cell phone in hand.  So we see the opening stage of the “visit” to her home.  Then she handed the phone to her partner and he continued to film unless it was taken from him.  You can watch it all in the video below.

The officers seemed to have no regard that stress is not something desired during pregnancy.

I must mention that her post (the headline photo of this article which I screengrabbed)  had, after two days, only 2 Likes and 2 shares. Wow! I’d imagine if the post had 2000 likes and 2000 shares she might pose a little more of a disruption. But in her quest for love and an awakened community, is this young lass a serious danger to Victoria?

I have to consider this was all planned and orchestrated in advance, and Zoe was the sought out as a perfect “candidate” — a vulnerable and enthusiastic “fall-mum.”

I was sent the video, by a friend, only an hour after it had been miraculously live-streamed. Then a short while later it was on the 6.00 pm evening news.

The detective even says, “… you need to listen … you got your phone going…” What? On first seeing this I wondered why the detective was happy/comfortable that she had her phone “going” — and then proceeded to confiscate it once there was film of her being handcuffed.

Were the detective’s actions meant to get on the nightly news?

If this was “planned”, what a perfect way to frighten off ALL the potential protestors in Ballarat and in Melbourne to stay at home on Saturday. If they can treat a nice young pregnant mum this way, what will they do to you?  It’s brilliant!  We could name this as PPC — pre-emptive-protest-control.

Who is failing to keep us safe?”

The government must answer this question: By not advocating SAFE therapeutics like Ivermectin (and HCQ), are they responsible for the deaths that have occurred AFTER this became common knowledge? They cannot claim in their defense that they were keeping sick and dying people from a dangerous drug — because they are safe drugs.

Or, is this young pregnant mum failing to keep us safe?

It seems we could be arrested for almost anything now.

Could you be arrested for even “suggesting” someone voice their opinion?

Could you be arrested for educating somebody in the street about the medical adverse effects of wearing a mask for too long — that they might be lowering the oxygen levels in her bloodstream (hypoxia); that they might be breathing in excess CO2; and that this might increase the bacterial levels in their system?

I feel sorry for the detectives who are instructed to follow these rules. They have no experience of what tyranny looks like. It has crept upon them in the night. 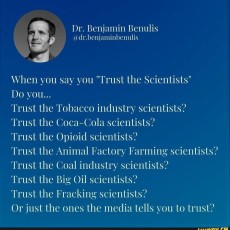 Dr. Benjamin Benulis: When You Say You “Trust the Scientists”, Do You…. 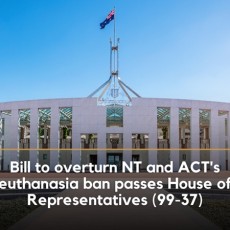