1. Biden arrives in Seoul for a visit to South Korea and Japan as the People’s Liberation Army conducts a massive military exercise in the South China Sea.

2. According to the images widely spread and official notice on Chinese social networks, thousands of residents in a residential neighborhood in Beijing were pulled away overnight on Friday (May 20) night after 26 cases tested positive for COVID-19, and residents were threatened with punishment if they disobeyed.

5. Russian troops said on Friday that they had full control of Azovstal in Mariupol after the last batch of Ukrainian soldiers surrendered.

7. On the occasion of U.S. President Joe Biden’s visit to South Korea, the two countries agreed to establish a new permanent economic and security dialogue mechanism to coordinate economic security issues and response strategy at any time.

8. U.S. President Joe Biden is scheduled to unveil his Indo-Pacific Economic Framework (IPEF) in Japan on May 23 (next Monday). Tokyo urged Washington to be more flexible to attract more Southeast Asian countries to join IPEF.

The information above is from the internet and for reference only. 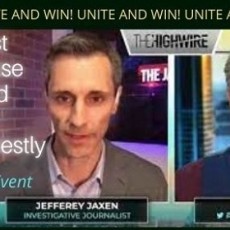 2 Arrested at Airport After Found With Gun, Shovels, Tourniquets Near Trump Rally