Just a quick warning to Australian Ritual Abuse & Mind Control victims. I was recently thrown out of an Australian-based ‘survivor support group’ supposedly aimed at ‘healing’ which is in fact placing victims at risk.

I was thrown out because I refused to tolerate these groups being used as a platform for preaching Cult doctrine at victims, monitoring victims, and collecting victim information.

One survivor group participant (a Cult member under the influence of a USA Cult leader) secretly emailed another and abused them for objecting to the lecturing of Cult material in the support groups. This Cult member accused the high-profile, highly respected victim of acting as an agent for the Cabal for questioning the Cult doctrine. I complained about this and was tossed out like someone who questions the Scientologists and is consequently labelled a ‘suppressive person.’ (I recently watched the excellent Netflix series about the FLDS and could relate to how the whistleblowers felt.)

Recognising the Cult doctrine as Rosicrucian-based bullshit, I spoke with multiple high profile USA survivors of high-end government child trafficking, Ritual Abuse and Mind Control, and they have identified the American culprit as a notorious Cult leader and MI6 operative. I was informed that this Cult leader has a long history in America of sabotaging advocacy efforts and collecting victims’ information with an aim to compromising and placing them at risk of harm. Now she has achieved an Australian platform via these survivor groups and alternate social media interviews.

This Cult leader claims to be the planet’s sole spokesperson representing an alien intergalactic federation who are going to save the world. This sort of crazy-sounding bullshit is intentionally disseminated by the CIA to discredit survivors and lead them off the healing path. The last thing a Ritual Abuse victim needs is to be lectured on Cult doctrine during what they thought was a survivor support group. This doctrine promotes such notions as:

And there’s no such things as ‘white hats’ saving the day. That’s part of the QAnon military PsyOp, FFS…

I have a long, proven track record of making accurate predictions and determinations; yet some Australian survivors were so quick to rely instead on the next shiny thing hailing from the ‘USA: home of the CIA.’ Reina Michaelson observed, Australian survivors were so quick to turn on her the moment they were threatened or bribed. I experienced the exact same thing. ‘Publish my story!’ they’d beg me – then threaten me if I didn’t delete the same after they were threatened or bribed into compliance.

(BTW, some asshole named ‘Stefan’ posed to USA survivors as my representative. No-one has ever been employed as my go-between. And I was never a training partner to any other well known survivor. All my MK military peers are either dead, or they were assimilated into the abuse system.)

One of my American peers correctly observed that Australian survivors exhibit an extremely low level of healing and recovery from Ritual Abuse and Mind Control. This is too true. Healing from Ritual Abuse and Mind Control can never be achieved while the victim indulges in Cult doctrine. Healing stems from confronting our fears, and triggering and processing abuse memories through effective, proven therapy techniques including:

I consistently find that true healing does not stem from New Age doctrine and practices. In fact, I find these to be barriers to healing. I find that unhealed survivors typically embrace and indulge in shamanism, indigenous ceremony / ritual, ayahuasca consumption, astral projection, clairvoyance, etc – yet they have not integrated their DID parts. These victims remain highly vulnerable to access by MI6 / CIA operatives who work for the international trafficking network to silence victim witnesses, or by dubious psychiatrists who claim to be DID experts and yet secretly work as re-programmers for the military and Cults.

It appears Alcoholics Anonymous are connected to some of the support group networks that have emerged in recent times. I have been informed that some coordinators have expressed intention to apply for AA funding for SRA groups. AA is a Cult-based institution.

I have also been told that the Americans intend to establish healing retreats in Australia, and visit here for lectureships and healing retreats. This sounds like a replica of the SRA healing retreat established by Liz Mullinar – Nicole Kidman’s British casting agent and close associate of my pedophile rapist MK perpetrator Antony Kidman.

Beware of another emerging Australian scam involving operatives registering as NDIS Support Workers and providing daily support to RA / MK victims who are NDIS funded. A conflict of interest exists when a vulnerable, homeless victim rents accommodation from someone who is also claiming NDIS payment as that victim’s support worker. An RA / MK victim who depends on the same individual for accommodation, transport, food, etc is highly vulnerable.

Consequently, I won’t be directly communicating with Australian survivors in the future. You are your main barrier to healing because you consistently choose the path of least resistance over the more painful healing path, and I am tired of trying to convince you of that.

Next time you experience a flashback – go ask the aliens for advice. 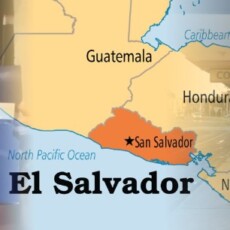 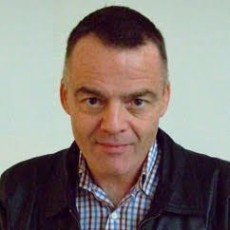 Dr Kevin Corbett talks about his own non compliance

You’re the Reason I Quit!