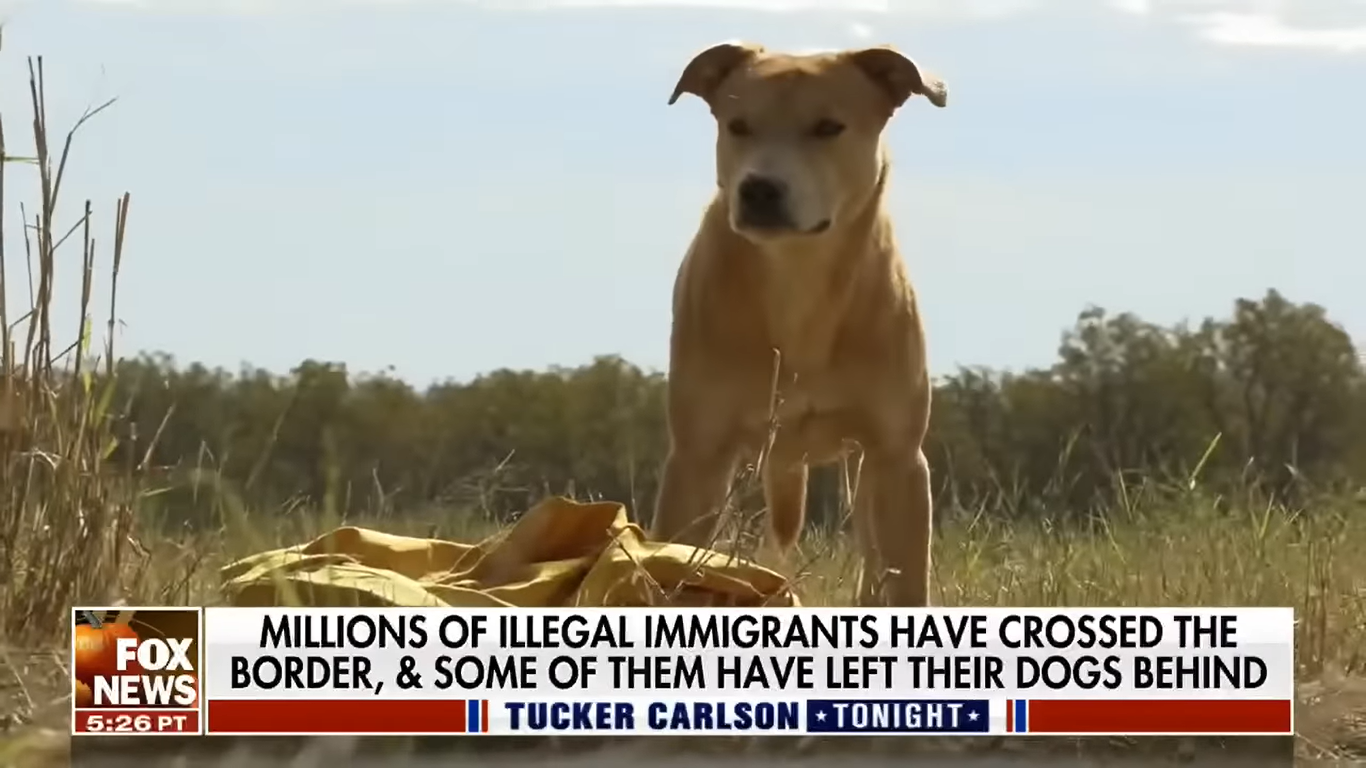 Whether you are a child longing for a family pet or a young couple wanting a canine companion, adopting a puppy is a special and memorable way to surprise the family on Christmas morning. If you are ready to add a furry friend to your family this holiday season, consider adopting one of the hundreds — potentially even thousands — of former pets stranded at the southern border that no longer have a home.

The ongoing crisis at the border continues to wreak havoc with no end in sight. Just last month, over 230,000 illegal immigrants were arrested at the border — the third-highest monthly total in U.S. history, beat out only by April and May of this year.

The crisis is deadly for migrants, U.S. border agents, and the victims of drugs that pour across the unsecured border, all while fueling the human trafficking industry run by cartels in the area. Nonetheless, Biden administration officials refuse to recognize just what an atrocity the crisis is, with Secretary of Homeland Security Alejandro Mayorkas maintaining that our southern border is “secure.” Their refusal to resolve the self-inflicted disaster is harming another voiceless group in the equation: the migrant’s dogs.

As highlighted on “Tucker Carlson Tonight” last week, migrants crossing the border are bringing along their family pets to travel with them to their destinations. Once they get across onto U.S. soil, though, many repay these loyal companions that served as protection throughout their journeys by abandoning them and hopping on a bus.

Carlson brought on Lauree Simmons, the owner of Big Dog Ranch Rescue — the largest cage-free, no-kill dog rescue in the United States — to discuss this K-9 tragedy. After Simmons was initially notified by the National Guard and Blue Line Moving about the influx of abandoned pups, she visited the border to see the deplorable circumstances these dogs were living in for herself.

“When we got down to Eagle Pass, down at the Rio Grande last week,” Simmons told Carlson, “[we] saw hundreds, and hundreds of starving and abandoned dogs left to fend for themselves from illegal immigrants that cross the border with their dogs, then they get on busses and just leave them behind.”‘

“These dogs can’t survive on their own,” she continued. “We were really shocked at just how big the problem was and how much these animals were suffering.”

Just as they’ve ignored other pertinent issues at the border, neither President Joe Biden nor Vice President Kamala Harris — who is ostensibly in charge of solving the ongoing border crisis — is anywhere to be found when it comes to responding to the inhumane treatment of these animals. Harris has instead allocated her efforts to help coastal ecosystems and fish in the Philippines, rather than solving the starving dog problem, the border crisis at large, or any other disaster her party has helped to create.

While shelters like Big Dog Ranch Rescue are trying to accommodate these stranded dogs, Simmons explained that this crisis “couldn’t come at a worse time.”

“Shelters throughout the country are overflowing everywhere,” she explained. “Owner surrenders are up 60 percent throughout the country because people are having to make the hard choice of whether to feed their families and fill up their car with gas and heat their homes or [keep] their dog they just can’t afford to care for.”

Simmons advised viewers who want to help to either donate toward their efforts or adopt one of these pups themselves — a great present for the family during the holiday season that also gives these K-9s a new leash on life.

Sophia is an intern at The Federalist and a student at Le Moyne College. She majors in English and intends to pursue a career in journalism.