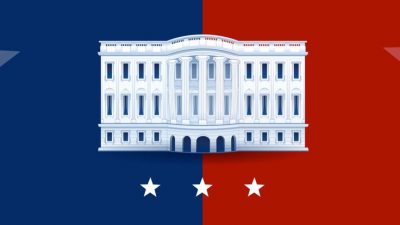 The debate over voting by mail in America in November generally is defined by the interests of the two major political parties. Democrats insist that such voting enfranchises large numbers of citizens who would not otherwise be able to vote and is also secure. The Republicans argue that a large volume of voting by mail will guarantee that the election results will not be known for some time after the election and also that casting a ballot without being physically present increases the possibility of fraud.

Beyond that, the recent use of largescale mail-in voting in New York State suggest that there can be considerable delays in the mechanics of actually counting the ballots, while many ballots were also completely invalidated for various reasons, but some states like Oregon and Utah have been successfully using mail-in for years. So essentially the argument is a political one. The Democrats are expecting that most voters who postal vote will vote for them while the Republicans would like to repress that type of voting precisely for the same reason, i.e. that it would likely benefit Joe Biden and other Democratic candidates. There will certainly be both detected and undetected fraud in the voting, but the questions are “How much?” and “Will it affect any results?” If the fraud is not significant many would argue that it is a price that should be paid to improve voter turnout.

Elections are run at the state and county level in the United States, not nationally. A recent review of procedures to register and vote in my home state of Virginia determined that one can both register and vote without any human contact at all. The registration process can be accomplished by filling out an online form, which is linked here. Note particularly the following: the form requires one to check the box indicating U.S. citizenship. It then asks for name and address as well as social security number, date of birth and whether one has a criminal record or is otherwise disqualified to vote. You then have to sign and date the document and mail it off. Within ten days, you should receive a voter’s registration card for Virginia which you can present if you vote in person, though even that is not required.

It is important to consider no documents have to be presented to support the application, which means that all the information can be false. You can even opt out of providing a social security number by indicating that you have never been issued one, even though the form indicates that you must have one to be registered, and you can also submit a temporary address by claiming you are “homeless.” Even date of birth information is useless as the form does not ask where you were born, which is how birth records are filed by state and local governments. Ultimately, it is only the social security number that validates the document and that is what also appears on the Voter’s ID Card, but even that can be false or completely fabricated, as many illegal immigrant workers in the U.S. have discovered.

Possible fraud in the voting not to mention delays in post office delivery of the mail-in ballots, have, not surprisingly, political consequences that are beginning to surface in discussions of what might actually happen the night of the election. If the civil disturbances that have been occurring over the past three months continue and the Republicans are successful in hammering on the law-and-order theme, it is likely that the results of the presidential vote will be much tighter than some current polls seem to suggest.

So, what happens on the day after? Well, the elections in 2000 and 2016 suggest that there might be problems. In 2000, George W. Bush defeated Al Gore even though the latter had more votes nationally. There was considerable fear that violence might result, but the issue was resolved by a recount in Florida followed by a Supreme Court ruling and Bush’s legitimacy, though questioned, was conceded. In 2016, of course, Hillary Clinton had 3 million more votes than Donald Trump but his large majority in the Electoral College meant that the result was largely unchallenged, though it was soon to be attributed to “Russian help.”

This year might be different due to the simmering anger over coronavirus measures as well as the racial turmoil. That might not matter much but for the fact that President Donald Trump has opened the door to discussion of possible fraud in the election and has also suggested that the result might not be legitimate. He has particularly focused on mail-in voting and it has been conjectured that he might be deliberately taking steps to hinder post office ability to deliver the ballots on time. The viral badinage appears to be working for the GOP as a recent opinion poll suggests that only 45% of prospective voters are confident of the integrity of election results.

What might be coming, from one perspective, is suggested by a Trump tweet from the November 2018 election in Florida, in which he declared “The Florida Election should be called in favor of Rick Scott and Ron DeSantis in that large numbers of new ballots showed up out of nowhere, and many ballots are missing or forged. An honest vote count is no longer possible-ballots massively infected. Must go with Election Night!”

“With Universal Mail-In Voting (not Absentee Voting, which is good), 2020 will be the most INACCURATE & FRAUDULENT Election in history. It will be a great embarrassment to the USA. Delay the Election until people can properly, securely and safely vote???”

With Universal Mail-In Voting (not Absentee Voting, which is good), 2020 will be the most INACCURATE & FRAUDULENT Election in history. It will be a great embarrassment to the USA. Delay the Election until people can properly, securely and safely vote???

The president has also claimed repeatedly that the Democrats are trying to “steal the election.”

“…sadly, the domestic enemies to our voting system and honoring our Constitution are right at 1600 Pennsylvania Avenue with their allies in the Congress of the United States… They’re doing everything they can [to] suppress the vote with [their] actions: scare people, intimidate by saying law enforcement will be there, diminish the role of the postal system in all of this. It’s really, actually shameful.”

She called them “Enemies of the state,” a version of Hillary Clinton’s famous faux pas in declaring that Trump supporters in 2016 were “deplorables.”

Pelosi also has called for cancellation of the planned presidential debates between Trump and Biden, saying she does not want to legitimize any conversation with the president. She has also added fuel to the fire by claiming that Trump is “…welcom[ing], in fact, Russian intervention, letting Putin decide who will be President instead of the American people.” So, the stage is set for some very significant grievances to play out from either side. It is being suggested that Donald Trump might try to delay the election, which he does not have the power to do, or let it take place in expectation that he will have the lead in conventionally cast votes when the polls close and will be able to declare both victory and that the election is over without any further counting because of fraud on the mail-in ballots. If, on the other hand, Trump loses, the argument could be broadened, with the president calling the all of the voting invalid because of widespread mail-in fraud.

As more Americans than ever are frustrated and angry over the political system while also being ideologically divided into various camps characterized by hard core support of positions that are impossible to reconcile, the situation could explode. And, one must point out, more Americans are armed than ever before while they continue to buy weapons at a record rate. Throw into the mix a police force that is demoralized and evidently increasingly incapable of dealing with civil unrest and November 3rd’s election could well unleash forces that could make the rioting and violence that is sweeping across America currently look insignificant.

This article was originally published on American Herald Tribune.

Philip M. Giraldi is a former CIA counter-terrorism specialist and military intelligence officer who served nineteen years overseas in Turkey, Italy, Germany, and Spain. He was the CIA Chief of Base for the Barcelona Olympics in 1992 and was one of the first Americans to enter Afghanistan in December 2001. Phil is Executive Director of the Council for the National Interest, a Washington-based advocacy group that seeks to encourage and promote a U.S. foreign policy in the Middle East that is consistent with American values and interests. He is a frequent contributor to Global Research.

Featured image is from Sky News 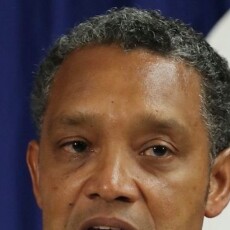 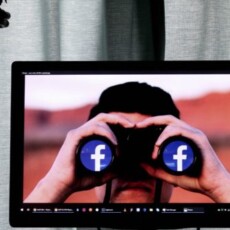