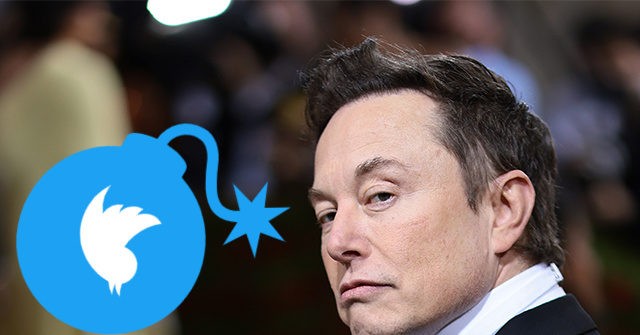 A new Twitter Files investigation has revealed the many tools that company executives employed to blacklist and shadowban conservative voices. The thread posted to Elon Musk’s platform reveals that the internal Twitter name for shadowbanning is “visibility filtering.”

Released by former New York Times reporter Bari Weiss in yet another lengthy Twitter thread, the revelations on Thursday showed that several mainstream conservative voices, from Charlie Kirk to Dan Bongino, were shadowbanned by the social media company under the rubrics of “Visibility Filtering” or “VF.” At one point, Twitter even placed Stanford professor, Dr. Jay Bhattacharya, under the label “Trends Blacklist” for arguing that coronavirus lockdowns would harm children. Per Weiss:

Twitter once had a mission “to give everyone the power to create and share ideas and information instantly, without barriers.” Along the way, barriers nevertheless were erected.

Take, for example, Stanford’s Dr. Jay Bhattacharya who argued that Covid lockdowns would harm children. Twitter secretly placed him on a “Trends Blacklist,” which prevented his tweets from trending.

Or consider the popular right-wing talk show host, Dan Bongino, who at one point was slapped with a “Search Blacklist.”

3. Take, for example, Stanford’s Dr. Jay Bhattacharya (@DrJBhattacharya) who argued that Covid lockdowns would harm children. Twitter secretly placed him on a “Trends Blacklist,” which prevented his tweets from trending. pic.twitter.com/qTW22Zh691

As Weiss and multiple conservative commenters pointed out, Twitter routinely denied shadowbanning voices, especially based on “political viewpoints or ideology.” While shadowbanning might not be the term that Twitter employed, the company still performed the censorial practice under the banner of “Visibility Filtering or “VF.” According to Weiss, “multiple high-level sources confirmed that “Visibility Filtering” took place.

“Think about visibility filtering as being a way for us to suppress what people see to different levels. It’s a very powerful tool,” one senior employee is quoted as having told Weiss.

“We control visibility quite a bit. And we control the amplification of your content quite a bit. And normal people do not know how much we do,” said one anonymous engineer, which two other Twitter employees confirmed.

9. “VF” refers to Twitter’s control over user visibility. It used VF to block searches of individual users; to limit the scope of a particular tweet’s discoverability; to block select users’ posts from ever appearing on the “trending” page; and from inclusion in hashtag searches.

“We have seen from a number of Twitter accounts, including Libs of TikTok, notably, that there are orchestrated campaigns, that particularly single out a a group that is already particularly vulnerable within society,” Roth told New York magazine editor Kara Swisher at the Informed conference last week. “So, not only is not funny, but it is dangerous and it does contribute to an environment that makes people unsafe in the world.”