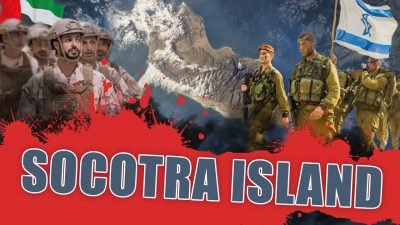 Israel and the United Arab Emirates are going to create a military intelligence-gathering infrastructure on Yemen’s Socotra Island, according to Arab and French sources.

The 3,650km2 island, located south of the Yemeni mainland in the Indian Ocean, overlooks the Bab al-Mandab Strait. The straight is a sea route chokepoint between the Horn of Africa and the Middle East, connecting the Red Sea to the Gulf of Aden and Arabian Sea. Most exports of oil and natural gas from the Persian Gulf that transit the Suez Canal or the SUMED Pipeline pass through both the Bab el-Mandeb and the Strait of Hormuz.

Since the start of the Saudi-led intervention in Yemen, the UAE, formally a Saudi ally, and the UAE-backed Southern Transitional Council, a Yemeni separatist movement that is formally allied with the Saudi-backed government in Aden, have established control over most of Socotra Island. For years, the UAE has been seeking to annex the island due to its strategic location. The collapse of the Yemeni statehood due to the years-long instability and the foreign intervention paved a way for more direct actions. The creation of a military infrastructure there is a logical step in this strategy.

According to reports, a delegation of Israeli and UAE officers recently visited the island and examined several locations for establishing the planned intelligence facilities. Earlier in August, the UAE and Israel with assistance from the United States reached a historical peace agreement relaunching diplomatic, economic and even military cooperation between the states on the highest level. The security and military cooperation in the Bab al-Mandab Strait was among the expected goals. 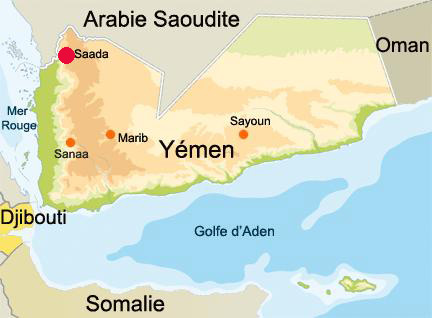 Arab and Iranian media allege that in 2016 Israel started building an intelligence-gathering base at the top of Mount Ambassaira, south of the Eritrean capital of Asmara. The base, according to reports, is designed to monitor the conflict in Yemen, as well as the naval situation in the region, including movements of Iranian naval forces.

The UAE, thanks to its support to the Southern Transitional Council, has already changed the balance of power in southern Yemen to its favor. If, additionally to this, Abu Dhabi succeeds in turning the Socotra Island into its outpost, the UAE will have all chances to shift the balance of power to its own favor even further.

The Emirati leadership has been slowly but steadily taking an upper hand in the diplomatic, military and economic competition with the Saudi Kingdom, which has so far suffered most of negative consequences, including direct strikes on its territory, from the conflict with Yemen’s Houthis. The peace agreement and security, military cooperation with Israel will also contribute to this scenario.

The tactical UAE-Israeli-US alliance has all chances to compete with the expanding Iranian influence in the region. Saudi Arabia, which for years was the key US ally against Iran, has been left outside of this plan. And this is very bad news for the Kingdom, which is passing through a deep economic and political crisis complicated by the barely successful invasion of Yemen. 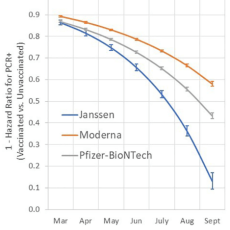 The Covid Vaccines Have Failed

Secretary Pompeo: “There Will Be a Smooth Transition of Power to a Second Trump Administration”…