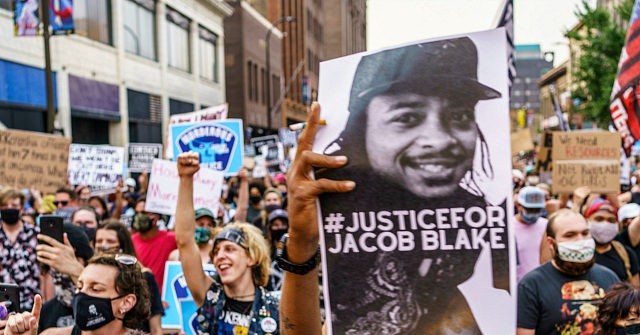 Cell phone footage shows Jacob Blake entangled in a physical scuffle with police prior to being shot as he ignored officers’ warnings and reached inside his car.

The new video was published by the Daily Mail, which describes Blake “wrestling with at least two Kenosha officers” immediately before the shooting.

Local news in Wisconsin reports that Blake was charged by Kenosha County prosecutors prior to his altercation with the police on accusations of sexual assault, trespassing, and disorderly conduct in connection with domestic abuse.

An arrest warrant had been issued on July 7th, although it is unclear if the encounter with police officers that led to his shooting was linked to that warrant.

Blake had a history of resisting arrest, having previously done so when officers attempted to arrest him following an incident in which he pulled a gun on bar patrons in Racine, a town just north of Kenosha, in 2015.

The shooting of Blake and subsequent hospitalization has led to a second outbreak of riots, looting, and violence in American cities, with the epicenter in Kenosha itself, a county that voted for Donald Trump by a slim margin in 2016.

150 members of the Wisconsin National Guard have been deployed to Kenosha, although rioters appear to be undaunted, continuing to lay waste to vehicles and local businesses for the second night in a row.

The Democrat governor of Wisconsin, Tony Evers, called the shooting an “attack against a Black man” and claimed, “racism is a public health crisis.”

As our state reels from another attack against a Black man, as communities grieve and exercise their first amendment rights to demand justice, and as Jacob Blake fights for his life— we are reminded that racism is a public health crisis. There is no time to waste.

On the day of the shooting, Gov. Evers said that he “stand[s] against excessive use of force and immediate escalation when engaging with Black Wisconsinites,” despite admitting that “we do not have all of the details yet.” 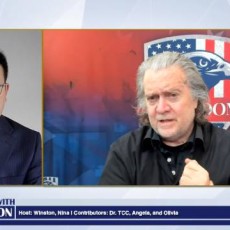 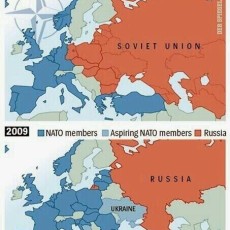 The Empire of Lies: NATO’s Expansion Since 1991