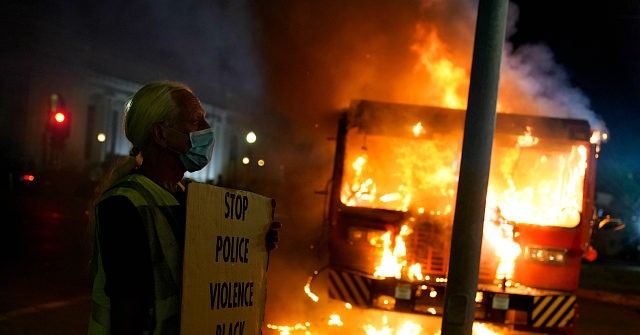 Lawlessness is breaking out in the city of Kenosha, Wisconsin, for the second night as protesters take to the streets, setting vehicles and businesses ablaze following Gov. Tony Evers’ (D) decision to deploy the National Guard.

Videos show protesters taking to the streets of Kenosha late Monday evening for the second night of lawless demonstrations, sparked by the officer-involved shooting of a black man.

BlazeTV reporter Elijah Schaffer is on the scene, sharing footage of the chaos erupting within the city. One video shows a protester briefly pointing a gun in Schaffer’s direction.

“While interviewing this #BLM rioter in Kinosha he pulls out a real pistol and points it at my camera while explaining what we would do to cops if they rolled up on us right now,” he said:

He also shared footage of protesters attacking an area car dealership. Another video shows a furniture store engulfed by flames. According to Schaffer, it is just one of “several structure fires currently going on in the city”:

This one of several structure fires currently going on in the city pic.twitter.com/zxmhTmKhOV

Town Hall senior writer Julio Rosas, who is also on the ground covering the unrest, shared several videos of the demonstrations, which appeared to be escalating. Protesters have reportedly hurled projectiles at officers, prompting officers to respond with tear gas:

The situation degraded as a large BLM protest group showed up at the Kenosha County Courthouse. Rioters in the crowd started to throw projectiles at the officers, who responded with tear gas. pic.twitter.com/KvVwm3GA6N

The garbage truck fire got pretty big as a police armored truck drove by. pic.twitter.com/aMdly9Gheg

BREAKING: Kenosha is once again on fire as National Guard are deployed

a curfew was recently put in place after a state of emergency was declared pic.twitter.com/UjAm2SeWgp

Gov. Tony Evers deployed the National Guard on Monday but made it clear that he continues to support people “making their voices heard in Kenosha and in communities across Wisconsin.”

“Every person should be able to express their anger and frustration by exercising their First Amendment rights and report on these calls to action without any fear of being unsafe,” Evers said.

“This is a limited mobilization of the National Guard focused on supporting the needs of local first responders to protect critical infrastructure, such as utilities and fire stations, and to ensure Kenoshians are able to assemble safely,” he added.

Wisconsin Department of Justice Division of Criminal Investigation is currently conducting an independent investigation of the shooting incident. A recent video, published by the Daily Mail, gives a glimpse of what transpired immediately before the shooting as Blake appeared to tussle with officers. He remains in serious condition. 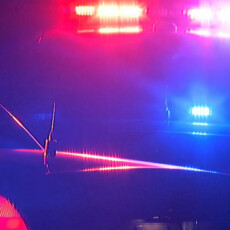 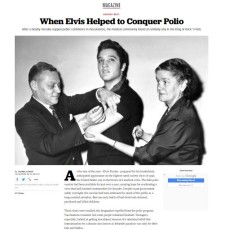