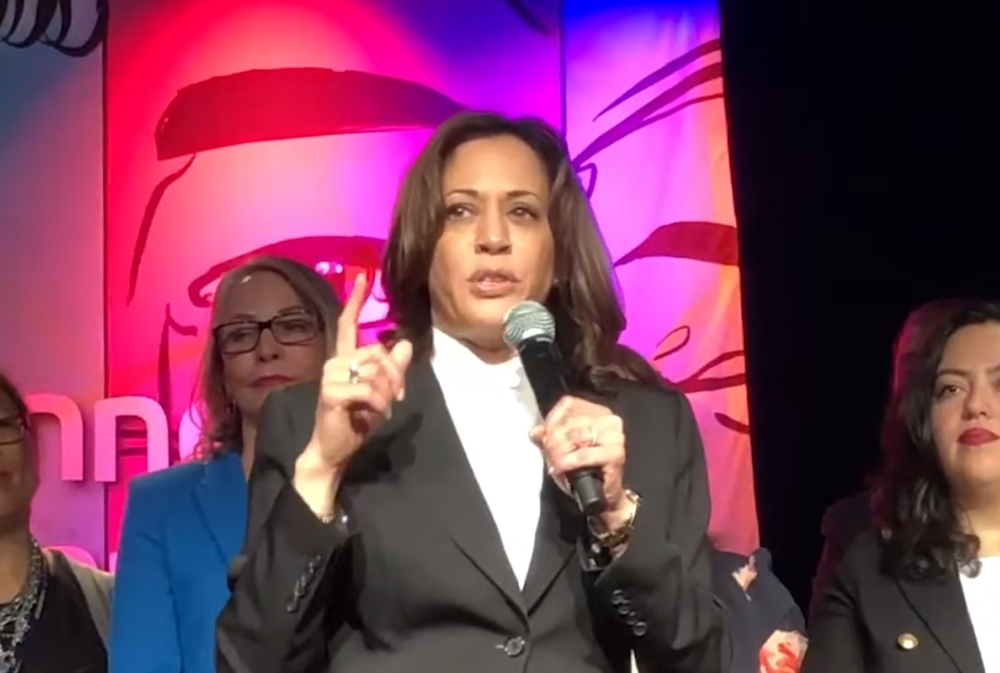 As the attorney general of California, Sen. Kamala Harris threatened the First Amendment rights and civil liberties of an undercover journalist on behalf of her political donors at Planned Parenthood.

A new video released by the Center for Medical Progress on Tuesday documents how Harris colluded with Planned Parenthood executives after video evidence of their involvement in trafficking aborted baby body parts was released, and then prosecuted the Center for Medical Progress’s David Daleiden as the first and only case in California in which a journalist has been charged with violating the state’s video recording law.

“It is your First Amendment right to promote the significance of your own message,” Daleiden says in the video. “When she said that I was targeted because of the content of my videos, Kamala Harris’s deputy prosecutor admitted that the reason I was targeted and I alone, was to punish what I have to say: Planned Parenthood sells baby parts.”

The video reveals evidence documenting how, on Planned Parenthood’s behalf, Harris sent 11 California Department of Justice agents to raid Daleiden’s apartment and seize any computers and video equipment he was using to publish his undercover videos. As The Federalist previously reported, two weeks prior to that raid, Harris personally met with six Planned Parenthood executives in March 2016, at the attorney general’s Los Angeles office.

An email outlining action items from the meeting shows that they discussed both Planned Parenthood’s political agenda in the state of California and her investigation into Daleiden and the Center for Medical Progress. Two of the six executives in that meeting were used as witnesses in Harris’s criminal investigation.

LifeNews reported that from 2010 to 2015, Planned Parenthood, its board members, and other abortion groups donated over $81,000 to Harris’s political campaigns.

Daleiden explains how his undercover video team was “scrupulous” about recording videos in California in public places such as crowded restaurants, so as to avoid violating the video recording law, which prohibits secretly recording “confidential communication” and defines “confidential” as a “communication which you cannot reasonably expect will be overheard by other people.”

Daleiden highlights instances in which other California journalists have secretly recorded videos, even in private, confidential settings, and never been charged with violating the state’s video recording law. “Mine is the first and only case,” he says.

Another element of the video recording law with which Daleiden was charged makes an exception for recording conversations, even confidential ones, for the purpose of gathering evidence related to violent crimes.

“The entire purpose of our video recording in California was to document and expose the violent crimes of fetal trafficking,” Daleiden says. “Including selling infants aborted alive and killing them through organ harvesting, and medical battery against pregnant women.”

Thanks to Daleiden’s undercover footage, other local California law enforcement would go on to prosecute and shut down the fetal tissue harvesting businesses, which happened to contract with Planned Parenthood. Yet Harris’s investigation never even considered the purpose of the Center for Medical Progress’s undercover videos nor addressed the violent crimes exposed, Daleiden says.

“If I had been investigating unsafe grocery practices, animal abuse, or unlicensed gun sales, would Kamala Harris ever thought to pursue video recording charges against me?” asks Daleiden. “It’s pretty obvious that the reason I alone was targeted by Kamala Harris is because I dared to criticize Planned Parenthood and the abortion industry.” 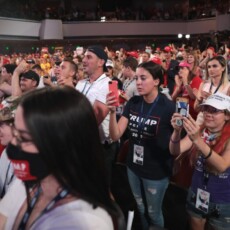 From Libertarians To Nationalists, Millennials Are Shaping The New Right