State sanctioned violence and intimidation must stop. The clients of Advocate Me solicitor Serene Teffaha are being targeted for the sole purpose of sabotaging the National Class Action and taking over the Melbourne Detention Tower Class Action.

In an astounding illegal move, the VLSB has demanded the identity of the 5000 litigants involved in the class action.

The Victorian Legal Services Board cancelled her solicitor’s practicing licence trying to stop the class action which would allow witnesses under oath in court, to reveal the genocidal activities of the communist Victorian Government.

Joining this team of ravaging wolves is the Commonwealth Bank which removed Serene’s access to her trust account then allowing a dodgy accountancy firm to access class action funds, crippling her proceeding.

A US reader wrote:

Just wanted to ask, we know what’s happening all around the world with this plandemic, the vaccine, the new world order, etc. There are a lot of Americans making a stand, we listen to Robert David Steele & Dr Charlie Ward he has 11.1 million followers.

What we want to know is, why isn’t anything happening in Australia it needs to stop, they will kill millions.

What can we do? No one even talks about it in Australia they just watch the news & do what they are told.

How do we wake every one up? 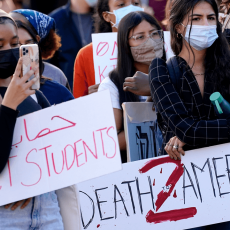 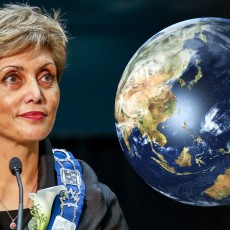 Calgary mayor Gyoti Jondek is a ‘climate emergency’ hypocrite, just like the rest