Asia Bibi, now living in Canada after being acquitted of a wrongful blasphemy charge in 2019, is speaking out against Pakistan’s blasphemy laws.

Calling them a “great injustice,” the ex-pat Pakistani Christian pointed out the lack of proof and “long sentences” imposed on those accused.

Bibi then scolded Pakistan’s largely Islamic authorities for “beating the innocent, instead of protecting them.”

“The clerics do not understand the Bible or the Koran even after studying them. In the name of God, open your hearts to mercy. Pakistan is not just for Muslims.”

The mother of 5 spoke of how her own ‘mother died while she was prison, and how her father was kept away.’

Bibi also expressed lament at being so far from home.

While Canada is a safe distance from the cesspit cells of Pakistan’s correctional bureaucracy, exile, is, in many ways, itself a prison sentence.

Living in exile means her husband Ashiq (60) and daughters Eisham (22) and Eisha (23) are away from the country she loves and the family they had to leave behind, including three children still in Pakistan.

Additionally, Bibi has ‘no formal education,’ which has made adapting to her new country a challenge.

This, along with illiteracy, language barriers, her husband’s health issues, unemployment, and their low income, are making exile all the more bittersweet. 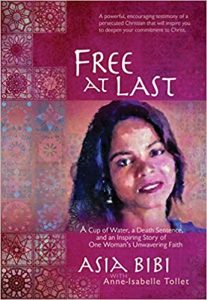 Bibi works a ‘menial job, lives in a rented house, and [allegedly] receives no royalties from the sales of her autobiography, Free at Last (co-written with Anne-Isabelle Tollet), the Union of Catholic Asian News (UCA) reported.

Summarising her story as “a painful test from God”, Bibi added, “People benefitted a lot from my name but I didn’t get anything.”

Other than allegedly being ripped off by her publisher, Bibi explained, the Canadian government only helped her out for a year.

Missing home, Bibi said the community support isn’t what she thought it would be.

Critical of her choices after being freed, Bibi’s jaded lawyer Saif ul Malook said her current struggle was one of her own making.

“She was playing in the hands of NGOs who made false promises. Being illiterate, she has no idea of marketing herself and as a result she is depressed. She didn’t even thank me after the acquittal.”

He faces his own possible imprisonment and/or execution-via-Muslim-mob for defending Christians — aka blasphemy law victims — on a daily basis.

‘Blasphemy is a deeply emotive topic in Muslim-majority Pakistan and is legally punishable by death,’ noted the BBC in an information piece on Malook from 2021.

He then criticised Pakistan’s government for ‘not providing him with adequate security.’

As the BBC asserted:

‘Blasphemy convictions in Pakistan by lower courts are often overturned on appeal. Human rights activists say more junior judges are intimidated into convicting suspects despite flaws in their cases.’

Another case relayed by ACN in May recounted the story of Shagufta and Shafqat Emmanuel, a Christian couple imprisoned for seven years before being released in 2021.

Arrested in 2013, Shagufta described the scene, stating, “we were terrified to see several police vans pull up, with dozens of officers. They raided our house and detained us on charges of blasphemy.”

The couple was accused of sending an “offensive message about Mohammed” from their mobile phone.

During interrogation, her husband, Shafqat — paralysed from the waist down due to a stray bullet he took while trying break up a fight “a few years before” — was forced to “confess, or Shagufta would be raped in front of him. So, he confessed, even though we were both innocent.”

Mum and dad to three boys and one girl, the couple were separated. Shafqat was thrown into Faisalabad Gaol, while Shagufta was sentenced to death.

Their four children also had it rough, hiding and moving around a lot because Islamists “had threatened to kill them”, Shagufta told ACN.

Pressured into converting to Islam on the premise her death sentence would become life in prison, Shagufta refused, declaring: “I would rather be hanged than deny Jesus Christ.”

“For a while, Asia Bibi was my neighbour on death row in Multan. Whenever we met, we used to pray together, console each other and renew our firm faith in Jesus Christ.”

“At Christmas time, we would share cake with other Muslim and Christian prisoners.”

“My heart was filled with joy, and I was convinced that one day I too would be released. Finally, it happened, and my husband and I were set free.”

“How unfortunate it is that, just like Asia Bibi, Shafqat and I could not stay in Pakistan with our family, and had to get asylum in another country, because fanatic and extremists Muslim were set on killing us if we stayed in Pakistan.” 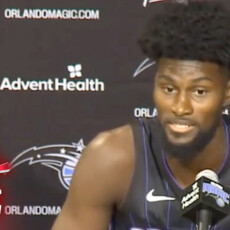 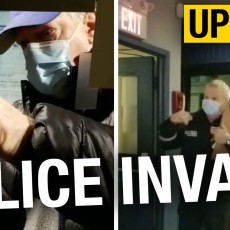 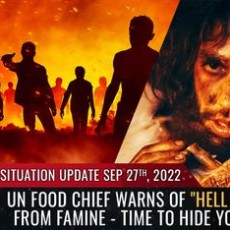