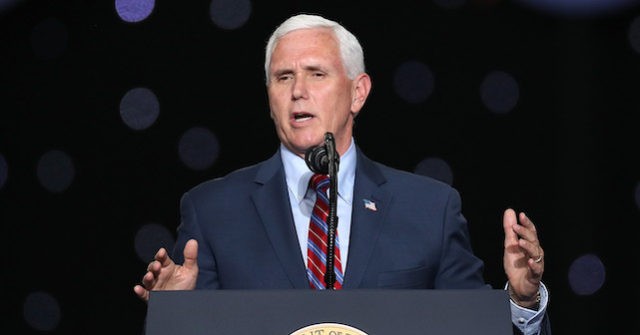 Vice President Mike Pence appeared with Breitbart News Editor-in-Chief Alex Marlow on SiriusXM’s Breitbart News Daily today to discuss how the Silicon Valley Masters of the Universe are censoring conservative voices online. Commenting on Facebook, Google, and Twitter censoring a video of medical professionals holding a press conference to discuss the Wuhan coronavirus, Pence said, “we’re going to do our very best every day between now and election day and for four more years after that to make sure that we preserve the freedom of speech and freedom of the press on the internet.”

Vice President Mike Pence appeared on Breitbart News Daily this week to discuss the ever-growing issue of online censorship from the tech giants of Silicon Valley including Facebook, Google, and Twitter. Pence spoke with Breitbart News Editor-in-Chief Alex Marlow about the growing impact that big tech can have on freedom of speech and freedom of the press online.

Marlow ask Pence: “I’m sure as you’re well aware Facebook and then followed by YouTube and Twitter blocked videos of the doctors who support the President and you, stating non-media approved opinions about the coronavirus. Breitbart merely reported the event and we didn’t endorse it and one of our accounts was shuttered until we deleted it, the video was virtually memory-holed. The doctor that organized the event was fired and all of this was encouraged by the establishment media. So big tech is now censoring medical professionals primarily, it appears, because they support you and the President. What is your reaction to this?”

Vice President Pence responded: “Well, freedom of speech is the bedrock of American democracy, that’s why our founding fathers enshrined the freedom of speech, freedom of the press, in the first amendment of the constitution and I want all your listeners to know as they’ve seen this president and our administration take action to prevent online censorship in the past, that we’re going to continue to lean into this effort. As you know, last summer the Department of Justice launched a broad antitrust review of big tech, that’s ongoing. The president this summer signed an executive order that set into motion a series of actions that launched a tech bias reporting tool at the White House and called on the FTC to consider action whenever is appropriate to prohibit unfair or deceptive acts affecting commerce, etc.”

The Vice President continued to promise that the Trump administration is continuing to be vigilant in watching over the Master of the Universe, saying: “We’re going continue to lean into this, there’s no question that the world has changed, even since those days with you and the late Andrew Breitbart in his kitchen and big tech plays an ever greater role in the way the American people get information and we’re going to do our very best every day between now and election day and for four more years after that to make sure that we preserve the freedom of speech and freedom of press on the internet.” 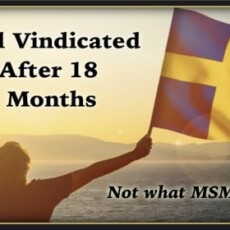 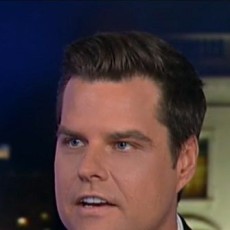 Gaetz: ‘Bravo, Speaker McCarthy’ — ‘Fulfilling the Commitment He Made to Us’