A student at Vanderbilt University was docked points on a quiz Tuesday for rejecting the statement that “the Constitution [was] designed to perpetuate white supremacy and protect the institution of slavery,” according to screenshots of the quiz result.

According to Kara Zupkus of the Young America’s Foundation (YAF), the required quiz was part of a class on the 2020 U.S. elections taught by university professors Josh Clinton, Eunji Kim, Dean John Geer, and Jon Meacham, the same Jon Meacham who spoke on behalf of former Vice President Joe Biden at Democrats’ virtual convention just two weeks ago.

According to YAF, the class syllabus deems the course “the largest class that Vanderbilt has ever taught.”

Vanderbilt University did not immediately respond to The Federalist’s request for comment.

The idea that the U.S. Constitution was designed to perpetuate racial oppression is a core message of the left’s cultural revolution to re-write history, most notably embedded in The New York Times’ anti-American “1619 Project.” That project is now in thousands of U.S. public school classrooms. 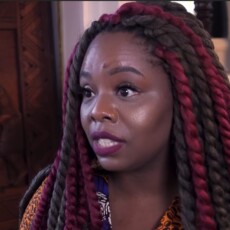 How Long Has The U.S. Intelligence Apparatus Been Selecting Presidential Candidates?…