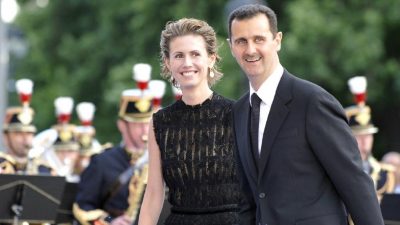 The US issued fresh sanctions on Tuesday against the wife of Syrian President Bashar al-Assad and members of her London-based family, in the latest designation on Syria’s ruling family under the Caesar Act.

In addition to designating Asma al-Assad for “impeding efforts to promote a political resolution of the Syrian conflict”, the sanctions target her cardiologist father Fawaz Akhras and her mother Sahar Otri, along with her brother Firas and uncle Eyad Akhras – all of whom are British nationals.

Secretary of State Mike Pompeo said in a statement that both the Assad and Akhras families “accumulated their ill-gotten riches at the expense of the Syrian people through their control over an extensive, illicit network with links in Europe, the Gulf, and elsewhere”.

“The Assad regime, supported by its enablers and allies, however, refuses to end its needless, brutal war against the Syrian people, stalling efforts to reach a political resolution,” he said.

Asma was previously designated by the US in June alongside her husband, and Washington also previously placed sanctions on their eldest son Hafez.

In addition to the designations announced by Pompeo, the US Treasury Department announced an additional set of sanctions on Tuesday, blacklisting the Central Bank of Syria as well as Assad’s adviser Lina al-Kinayeh, her husband, Syrian parliamentarian Mohammed Masouti, and a number of businesses affiliated with the two.

The Treasury also blacklisted five entities that were found to be owned by Amer Taysir Khiti, a senior government official in Syria. Those businesses include concrete and plastic manufacturers, a shipping and transport company, and real estate and land businesses. Khiti was placed under US sanctions last month.

Tuesday’s announcements mark the latest round of sanctions imposed by the US under the Caesar Act, passed last year and put into effect over the summer, which aim to deter “bad actors who continue to aid and finance the Assad regime’s atrocities against the Syrian people while simply enriching themselves”.

The act is named after a Syrian military photographer who smuggled tens of thousands of gruesome photos out of the country that documented evidence of war crimes.

The US and the European Union have already frozen the assets of the Syrian state and hundreds of companies and individuals. Washington also banned US exports to Syria and investments, including transactions involving oil and hydrocarbon products.

The new sanctions brought on by the Caesar Act cover more sectors and can entail freezing the assets of foreign actors dealing with Syria, regardless of nationality. The legislation also targets those dealing with entities from Russia and Iran, Assad’s main backers.

Syrian authorities have blamed western sanctions for the country’s economic crisis, including a currency collapse that has led to soaring prices and people struggling to afford food and basic supplies.

‘This Week’ With Mary + Polly: ‘Everyone Has to Rise Up’ Against Mandates + More 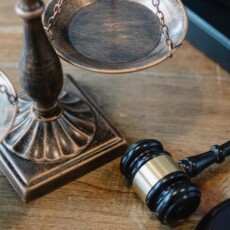 How Our Ailing Culture Fuels The ‘Cartel’ Of Family Law