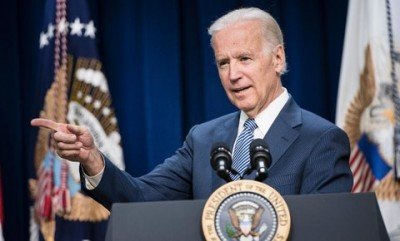 When farcical US elections are held, we the people have no say over who serves in high office or how the nation is run.

The nation’s founders designed things this way, creating governance of, by, and for “the rich, well-born and able,” as John Adams explained.

Behind the scenes dark forces decide things. It’s been this way from inception.

The nation’s founders created a system to serve their interests — and the nation’s privileged class overall — at the expense of the general welfare.

The Constitution was the creation of duplicitous framers and close allies, scheming to cut the best deals for themselves.

Government of, by and for the people is doublespeak. The general welfare is for the privileged few alone.

From inception to now, democracy has always been pure illusion, the real thing deemed unacceptable by the nation’s ruling class.

It was never considered as a form of government by the framers.

The same goes for so-called elections. If able to create rule of, by, and for everyone equitably, they’d be banned.

The supreme law of the land is how powerful interests define it, including all three branches of government — equity and justice never a consideration.

US one-party rule today with two right wings is totalitarian, plutocratic, and kleptocratic.

While each wing takes turns running things, on issues relating to war and peace, corporate empowerment, monied interests served over the general welfare, and increasing police state rule for unchallenged control, they’re on the same page.

The main differences between Trump and Biden/Harris are party label, style, and one more thing.

Although in his mid-70s, Trump appears in good health. His energy level appears high, and he’s never at a loss for words.

The real Joe Biden has ear lobes. His “double” doesn’t.

According to Fetzer, “ears cannot be surgically altered and are just as distinctive as fingerprints.”

Joe Biden “has a smoother chin. His double(’s) (chin is) strongly dimpled.”

“Biden has a wider cranium, his double a narrower (one).”

“His double appears to be a more diminutive version” of JB.

They have different color eyes. Biden’s are blue, his “double’s” brown.

Calling Super Tuesday “Super Thursday” was one of many examples.

He once said the following:

My name’s Joe Biden. I’m a (Dem) candidate for the United States Senate.”

He claimed to have worked with China’s Deng Xiaoping on the 2015 Paris Climate Accord. Deng died in 1997.

Most everyone makes occasional misstatements. Biden does it repeatedly, a sign of cognitive decline.

Is this a man to be trusted as president and commander-in-chief of the nation’s armed forces with his finger on the nuclear trigger?

At the same time, it’s true that US heads of state are figureheads for the system run by behind-the-scenes dark forces.

Domestic and geopolitical policies are what they want them to be — presidents, key congressional members, and High Court justices chosen to serve their interests.

Still, it’s fair to ask if Biden is physically and cognitively unable to carry out the duties of president, including interactions with foreign leaders, how can he  be trusted as the nation’s nominal leader?

On November 20, he’ll be age-78. Midway through his term if succeeds Trump, he’ll be the first US octogenarian president.

If unable to handle the job’s rigors now on the public stage and behind the scenes, how much further in decline will he be in two more years?

It appears to show that Dems “are trying to steal the election in Michigan, Wisconsin and Pennsylvania (through) vote counting irregularities.”

Overnight Tuesday vote dumps in Michigan and Wisconsin — with zero votes for Trump, erasing his lead over Biden in both states — included this anomaly:

Results “in Antrim County, Michigan, where Trump beat Hillary Clinton by 30 points in 2016…showed Biden ahead of Trump by 29 points, a result that can’t possibly be accurate…”

Another Michigan anomaly was that overnight Tuesday “votes for Biden (reflected) a ‘data error’…an alleged typo, an extra zero that had been tacked onto Biden’s vote total in Shiawassee County, Michigan.”

“Apparently this has been happening frequently, in violation of state law.”

Former Kansas attorney general Phil Kline “filed a lawsuit Wednesday alleging that tens of thousands of ballots in Detroit have been illegally filled out by election officials and Democratic election observers.”

Kline: “We have confirmed evidence that (Dem) election officials have violated state law, and have opened the door for fraud involving tens of thousands of ballots.”

After ejecting numbers of Republican poll challengers from counting area in Detroit, Michigan “election officials began covering up the windows of the counting rooms with cardboard to block the view of Republican observers.”

On Thursday, the Detroit Free Press quoted attorney/GOP poll challenger Jessica Connarn saying workers in Detroit are “changing the dates the ballots were received” to make invalid ones valid, adding:

“When I approached (a) poll worker, she stated to me that she was being told to change the date on ballots to reflect that the ballots were received on an earlier date.”

According to the Detroit Free Press, when Connarn tried getting information from a poll worker, she was “yelled at by the other poll workers working at her table, who told (her) to go away and…was not allowed to talk to the poll worker.”

The Detroit News reported that  “legally incapacitated nursing home residents were being coaxed to vote and Detroit’s voting rolls were inflated with more than 300,000 names of people who had died or moved out of the city.”

Similar shenanigans happened in Wisconsin, the Trump team demanding a full recount in the state, citing “reports of irregularities in several Wisconsin counties which raise serious doubts about the validity of the results.”

In Pennsylvania, “the (Dem) Secretary of State’s plan to count indisputably late mail-in ballots as though they were received on Election Day—even if they have no postmark,” adding:

The tabulation procedure was approved by Pennsylvania Supreme Court justices.

The above information — with perhaps more of the same to come out ahead — appears to show that “the only possible conclusion one can come to right now is that (Dems) are trying to steal the election in the midwest.”

Perhaps the same thing is going on in Georgia, North Carolina, and Nevada.

The above information and similar shenanigans in earlier US federal, state and local elections proved time and again that democracy in America is pure fantasy.

When the dust settles on Election 2020, results for president — and perhaps in some House and Senate races — are highly likely to reflect the will of US dark forces, not voters who cast ballots. 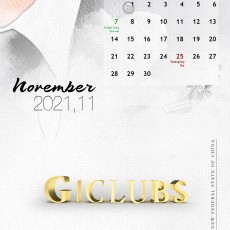 President Trump and Bill O’Reilly Will Hold National Townhall Discussions December 11, 12, 18 and 19 in Florida and Texas