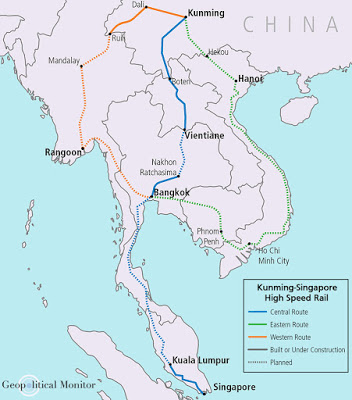 This article was originally published in August 2020.

The Southeast Asian Kingdom of Thailand has tilted too far toward China for Washington’s liking.

The country – with nearly 70 million people and the second largest economy in Southeast Asia – counts China as its biggest trade partner, its largest source of foreign direct investment, the largest source of tourism with China providing more tourists per year than all Western nations combined, and a key partner in developing infrastructure including the already under-construction China-Laos-Thailand-Malaysia-Singapore high-speed rail link that will only further cement these ties.

To reverse this trend – the United States is attempting to destabilize Thailand politically and economically – topple the current government and place into power a political opposition led by abusive billionaires who have specifically vowed to roll back Thai-Chinese relations.

This has manifested in protests the Western corporate media has claimed are “student-led” and “organic” despite what are clearly centrally led protests with easily identifiable leaders tied directly to US government funding.

The protests are leveraging a nation-wide network created by US government organizations like the National Endowment for Democracy (NED), USAID, and other funding mechanisms to overwrite Thailand’s indigenous institutions with Western-style alternatives across Thailand educational, labor, media, and political spaces.

The protests also have direct ties to US-backed opposition parties including those of fugitive billionaire Thaksin Shinawatra’s Pheu Thai Party and corrupt billionaire Thanathorn Juangroongruangkit of Future Forward/Move Forward Party and even foreign opposition movements the US is funding in China’s territories of Taiwan and Hong Kong.

Thailand’s political opposition – while portrayed by the Western media as “progressive liberals,” is in fact run by two corrupt billionaires.

One – Thaksin Shinawatra – is a convicted criminal who currently hides abroad as a fugitive. Despite this – he still openly runs his political party Pheu Thai – as New York Times would note in their 2013 article, “Thaksin Shinawatra of Thailand Wields Influence from Afar.”

Thaksin had served as Thai prime minister from 2001-2006 and openly and repeatedly served US interests at the expense of Thailand’s own best interests.

These ties and interests included: 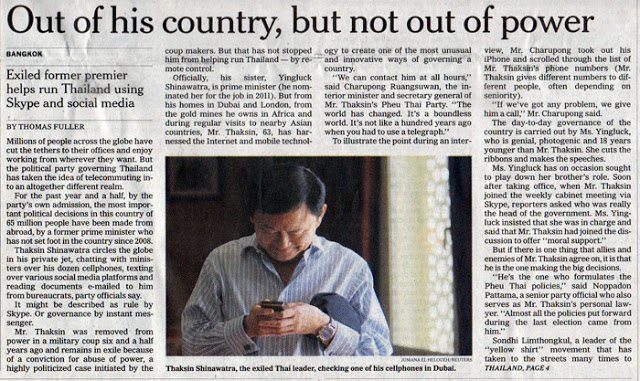 Ahead of Thailand’s 2019 elections Thaksin Shinawatra would create a myriad of nominee political parties in the event one or more of his core parties were disbanded by courts for the obvious fact he is a fugitive and those acting on his behalf are aiding and abetting a criminal. 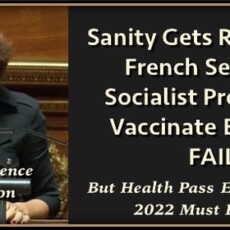