US federal employees have been caught in Zoom meetings planning a coup with a network of leftist radicals immediately after the presidential election on November 4 – regardless of who is elected.

The employees including intelligence contractors have been intercepted on Zoom meetings by an undercover person working for ex-Infowars reporter Millie Weaver, and are part of the network known as The Sunrise Movement, which includes Shutdown DC, Antifa, Black Lives Matters and The Democrat Party.

Weaver exposed The Sunrise Network as the organisation responsible for the riots across the US back in September, after the killing of George Floyd in the Democrat-run City of Minneapolis.

“Our undercover inside The Sunrise Movement was able to obtain exclusive video footage inside Zoom chats where Shutdown DC, BLM and other leftist organisations are coordination a multi-level coup-action exercise utilizing insider help from Democrat Party members as well as federal employs and intelligence contractors,” Weaver reported.

The plot was also being exposed earlier in the week by Tucker Carlson’s guest Darren Beattie of Revolver News who explained “a very specific type of coup called the color revolution” is “unfolding before our eyes.” Glenn Beck of The Blaze and several other alternative new outlets also reported on the plans.

Beattie said the color revolution model was favored by many in the US national security apparatus, particularly against Eastern European countries to overthrow target regimes that they did not like and it was now being applied to the United States, with “color revolution professionals” deliberately generating election fraud in order “to use lawfare in order to overturn the 2020 election.”

On the Zoom meetings the coup plotters showed maps of access roads to the White House that they intend to block or disrupt. They plan to shut down and take over Washington DC and other major cities starting November 4th until inauguration day to force either elected president out of the White House.

Among those on the Zoom chats were a management intelligence analyst, a worker in the national security community and someone who spent three-and-a-half years as an intelligence contractor at the Department Homeland Security HQ.

Another male employee urged hacking and leaking of federal government employees’ Signal accounts and said a journalist he knew was “super ethical” in hiding his identity as the source of the leaks. A female member of the network is on a call saying an unidentified person was “making sure that we’re naming what is happening is a coup”.

Former Trump adviser Steve Bannon said on his Thursday night “War Room” program the coup plotters “are not even attempting to hide it”. “Their plans are posted all over social media.”

Bannon said to describe the plotters as “the swamp” was “too cute”. “This is the administrative state and its dangerous.”

Panel member and former naval intelligence officer Jack Poseibic said The Sunrise Network was clearly an organisation with all the various leftist groups “converging in an operational cycle”.

It was also three-tiered with militant operations, social and mainstream media support and “lawfare” by supportive law firms such as PerkinsCoie, the one involved in the phony Russian collusion allegations (“Spygate”) against President Trump.

Panel members aid Washington DC stores were getting boarded up in preparation for the violence.

Panel member Raheem Kassam said the coup was “hand in hand with propaganda from the Chinese Communist Party”. Panel members also linked the planned coup to a film recently made by Antifa, titled Rise of the Black Flag, which openly praises previous leftist revolutions.

They were in no doubt that violence including murder of political opponents was on the agenda.

“They are telling us openly but they don’t talk about the Cultural Revolution, because that’s not quite the type of revolution they like to talk about,” said Poseibic.

Another panel member Jack Maxey it was known that Antifa made hit lists and “no-one wants to be on their lists”. “Don’t talk to pollsters. When a pollster calls I’m voting Bernie Sander,” he said. 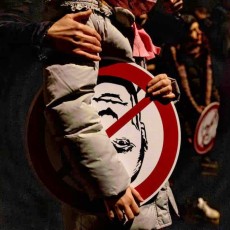 Why Russians like me aren’t rising up against Putin 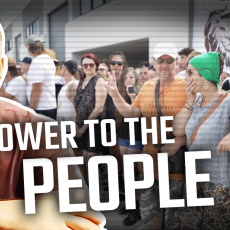 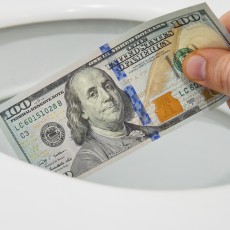