DEADLINE for objections 5:00 PM 7 October 2020. You have only hours to email your objections. (Copy, adjust, add, paste, and send.)

This is my letter to sarc@parliament.vic.gov.au

This is my formal submission to request a public hearing regarding the Victorian Covid-19 Omnibus Bill. I am aware that the bill is meant to go to the Upper House of Parliament next week and I, as do many other Victorians, insist that the bill be delayed until a full public inquiry is able to take place.

I firmly believe a bill of this magnitude requires further negotiation and public scrutiny. As a deeply concerned member of the public, I would personally seek to make a public submission in regard to the contents of this bill that presently serve as an undeniable threat to the human rights of all Victorians.

This bill in its current form represents a blatant disregard for the preservation of our human rights, and the Australian people demand that it face proper scrutiny throughout the process of a public inquiry before it is allowed to progress any further in Parliament.

The new laws would… “(600O)… extend the order by a period, that will have the effect that the child will be placed in out of home care for a longer cumulative period than would otherwise be permitted…” Considering that children are not impacted by this virus reveals the strangely malicious nature of these actions. I am fully cognizant of the egregious actions by child protection departments removing children from loving parents against the evidence, and that separation can be catastrophic.

Considering that therapeutic drugs — when made available — do cure people, why is that not celebrated at the press briefings?  There was no mention of a 94-year-old woman in a Melbourne Age-care facility that recovered quickly after being prescribed Ivermectin.

The bill proposes that if a “designated authorised officer reasonably believes that the person—(i) is a high risk person; and (ii) is likely to refuse or fail to comply with the direction,” then this person may be detained.

The rules, confirmed to The Age by a state government spokesman, indicate that this legislation “…could be applied to conspiracy theorists who refuse to self-isolate or severely drug-affected or mentally impaired people who do not have the capacity to quarantine.”  A serious question needs to be addressed: would a newly-appointed “designated authorised officer”, say a 23-year-old with zero medical training, have the skills or training to have a “reasonable belief” and detain, say, a medical practitioner with 30 years experience? This is not a hypothetical.  A German professor, Dr. Heiko Schoening, was arrested by British officers after speaking out in London recently.

As a Parliamentary Committee, I understand it is your responsibility to maintain the integrity of legislation such as this as it pertains to our human rights, and I fully expect you to adhere to that standard going forward as you choose to act in favour of this urgent democratic process.

Re: UPDATE – Encouraging news on the Omnibus Bill

Thank you for getting in touch about the Omnibus Bill, and SARC’s consideration of it.  I have always opposed this appalling government overreach by Premier Andrews.  As a member of SARC I was pleased to use my position to ensure the Committee’s consideration of the Bill went beyond its normal procedures, and was widely exposed to public scrutiny and comment.

I have received a truly unprecedented number of emails on this issue, more than 9000 in 36 hours alone. It is testament to the anger Daniel Andrews’ assault on Victorian democracy and civil rights has unleashed.

I am incredibly impressed by this response, which has shown the Premier that he cannot take power for granted. The voice of the people matters in democracy, and I am optimistic that the message is getting through.

I will need to check the detail of the changes, but it appears to be a significant climbdown in the face of an extraordinary campaign by you and so many others. I will do this in the next days, as information becomes available, and will in any case continue to work with colleagues to ensure we make the most of the outpouring of public anger, presenting it to the Labor Government and the media in a way which cannot be ignored. We will not be taken in by any sham concessions. While amending legislation is sometimes necessary, compromising the civil rights Victorians have enjoyed for decades is not.

Thank you again for taking the time to get in touch, and to make your voice heard in fighting for our democracy. We often take the privilege of our free society for granted, and so it is heartening to know that you and so many others understand that on occasions we have to fight to maintain it.

I am sorry that given the truly incredible volume of emails I will be unlikely to be able to respond again personally, but I thought it was nonetheless important to let you know that I have read your emails and agree fully with your feeling on this most fundamental issue. 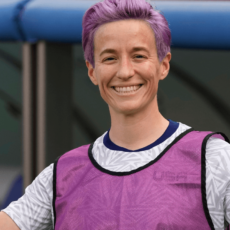 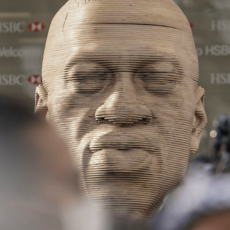 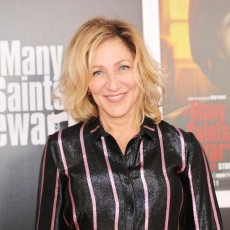 Got a gun in my hand