She feels most of all love but profoundly proud in the new addition to the family.

Her future forever changed, her new journey begins, her intense never before felt love to be shared with her new best friend, her baby daughter her property.

Happiness in putting months of pregnancy behind to finally being able to hug her precious gift.

Time to enjoy, time to look forward to the never ending mother daughter bond. Time to share with family!

Her daughter is taken from her very arms in hospital raped and kidnapped by those she thought were there to help, provide care for and to protect her and baby!

How can this HAPPEN especially when perpetuated by those professing to care, those we are told to trust and those whom we are told will help us.

The conspiracy between the Flinders Medical Centre and Child Protective Services rears it’s ugly head for the first time.

To this very day Olivia, Jade’s daughter is still not at home in her mother’s loving arms. Her kidnap continues!

Who among us is so heinous?

Not only to Jade but to thousands of mothers, fathers, grandmothers, grandfathers, sons, daughters brothers and sisters are criminally affected by this one corporation alone each and every day!

Stomping upon inherent rights afforded to us by the constitution this PRETEND government, has no regard to the people they are meant to serve.

Blatant disregard for the crimes committed against our Commonwealth Of Australia.

They are a criminal organization and will soon be held accountable!

The players involved include all agencies and ALL their employees will be held PERSONALLY LIABLE.

Including but not limited to.

Vickie Chapman, Deputy Premier and Attorney general for South Australia
Rachel Sanderson, Minister for DCP
Amanda Rishworth MP
Sue Maconald, Director of the Office of the Deputy Chief Executive of the office of the DPC
Danielle Rogers and Joyce Clark(e)

Every one mentioned in Jade’s documentation, the lawyers, the judge, members of the Youth Court, Olivia’s court representatives, organisations writing reports and anyone else involved with Jade’s case.

The police (would not witness our affidavits as required) the court and even lawyers involved (their first duty is to the courts not their clients) A TOTAL SCAM.

Fortunately ALL these criminals enriching themselves upon our sweat and tears, each day committing treason living it up and laughing whilst presiding over their sheep have been warned (noticed) and are therefore personally liable for criminal and civil action(s).

Jade has been hesitant to date  in recommending criminal investigations and prosecutions.

Believing the lawful nature in which her notices were served to at least two sitting members of parliament including the Attorney General and many others coupled with her affidavit and response and answers spelling out the unlawful actions been taken by the kidnappers then clearly presented to the Youth Court she felt that justice would be served and her daughter returned.

Additionally the support affidavits supplied by members of her and the father’s immediate family insisting her daughter has all the love and support required to live a healthy and happy life with her family and NOT the endless strangers she will need to endure.

These criminals do not play that way as she was about to find out.

In one Youth Court appearance Jade was initially distracted then assaulted and told to sit down whilst she was speaking (reading the script provided to her which would have ended the matter in her favor) if the judge was honest and adhering to their own sttutes and acts.

Her next appearance in which ALL of their players including the judge and Olivia’s representative had changed a WHOLE completely new team. WHY?

Jade felt and was intimidated and was unable to speak her script.

She came out of the court room crying and inconsolable in her inability to stand up to those thugs!

Grown men and woman whom should be in search of Justice. Not of bullying a young woman!

The proceeding was adjourned (think they needed more time) for approximately 30 days.

Shortly after Jade was drugged by an unknown person in her home with an injection to her stomach and later compulsory admitted to hospital.

Her release date coincidentally happened to be the same day she was meant to next appear in court.

On a previous occasion papers were served to her twelve hours before her need to attend court.

Was she rustling too many feathers? Perhaps they were scared!

Could those complicit be investigated and/or arrested for what they have done?

Commonwealth Public Official(s) exist with many powerful abilities, fortunately Jade’s documents have been prepared by a CPO.

Who is able to be a Commonwealth Public Official?

Could Jade be a CPO?

Notice Return Olivia and pay your invoice else

Not in your pretend kangaroo court this time! 🙂

Olivia is not a child nor is she OLIVIA BELLE. She is a little woman

Click to see Jades documentation in the group Jade’s Story –  Hint you may copy and use them!

Stand for your inherent rights and constitution! Given to protect you:)

Use the information! GET YOUR sons and daughters back 🙂 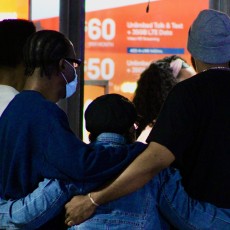 True News Update – Takara and Donna are Home Together Now. 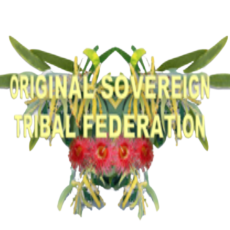 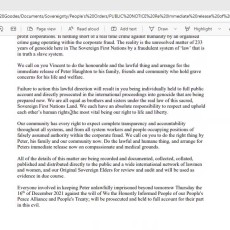